Another Sizable Win for Phil Galfond

The second Galfond Challenge is starting much like the first battle, but in reverse. After Day 4 on Friday, Phil Galfond leads “ActionFreak” by well over €400,000 in the early stages of the challenge. 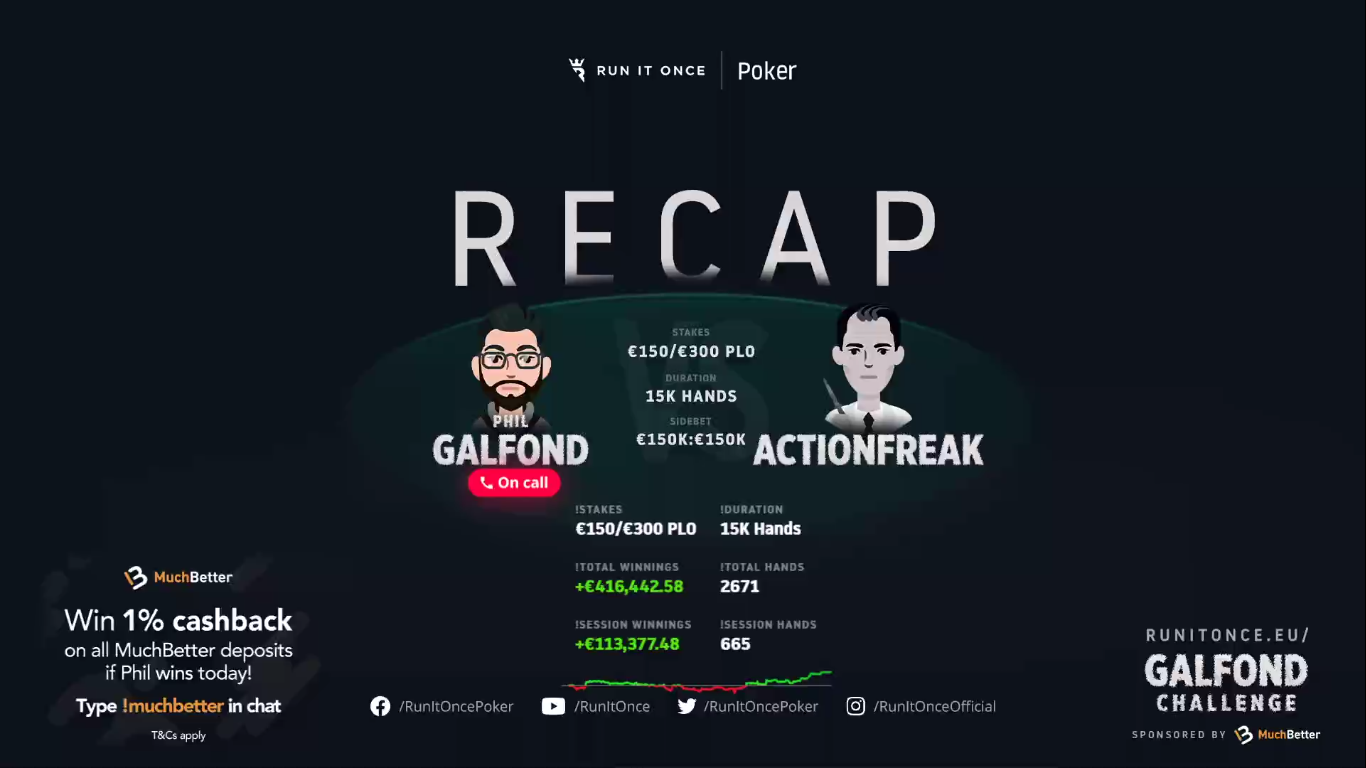 Phil Galfond continues to dominate the Galfond Challenge against “ActionFreak.” (Image: Run it Once)

Galfond knows he can’t get too cocky just yet, certainly not after the outcome of his previous battle against “VeniVidi1993.” In that heavily publicized competition, the Run it Once founder trailed at one point by €900,000. He would then pull off one of the greatest comebacks in poker history to win the challenge in the final session.

So, he knows that despite the early domination, it’s a marathon, not a sprint. Pot-Limit Omaha, the game played in the Galfond Challenge, is a high-variance affair in which the swings can be massive. You can go from rags to riches and back to rags in just one session.

Galfond returned to the challenge he hosts on Friday hoping for a repeat performance of Thursday’s Day 3 session, which saw the poker site owner turn a €310,594 profit. He wasn’t quite as dominant on Day 4, but he certainly isn’t disappointed in his performance.

Galfond and “ActionFreak” went back-and-forth during much of Friday’s contest. The Run it Once founder’s opponent led for much of the match, but after 665 hands, “ActionFreak” decided to call it quits for the day down €113,377. He now trails by €416,442 overall.

The good news for the online poker pro is that there’s still plenty of time to rally, especially at such high stakes (€100/€300). On the flip side, there is also time for “ActionFreak” to lose millions.

In his post-game interview Friday, Galfond dedicated his win to his wife, Farah, who was celebrating her birthday.