Gabe Kaplan, AJ Benza Back in the Broadcast Booth for the New ‘High Stakes Poker’

The reboot of the popular poker show, “High Stakes Poker,” will in fact include the old show’s commentators — Gabe Kaplan and AJ Benza. New episodes, which have already been filmed, begin Dec. 16 exclusively on the PokerGo app. 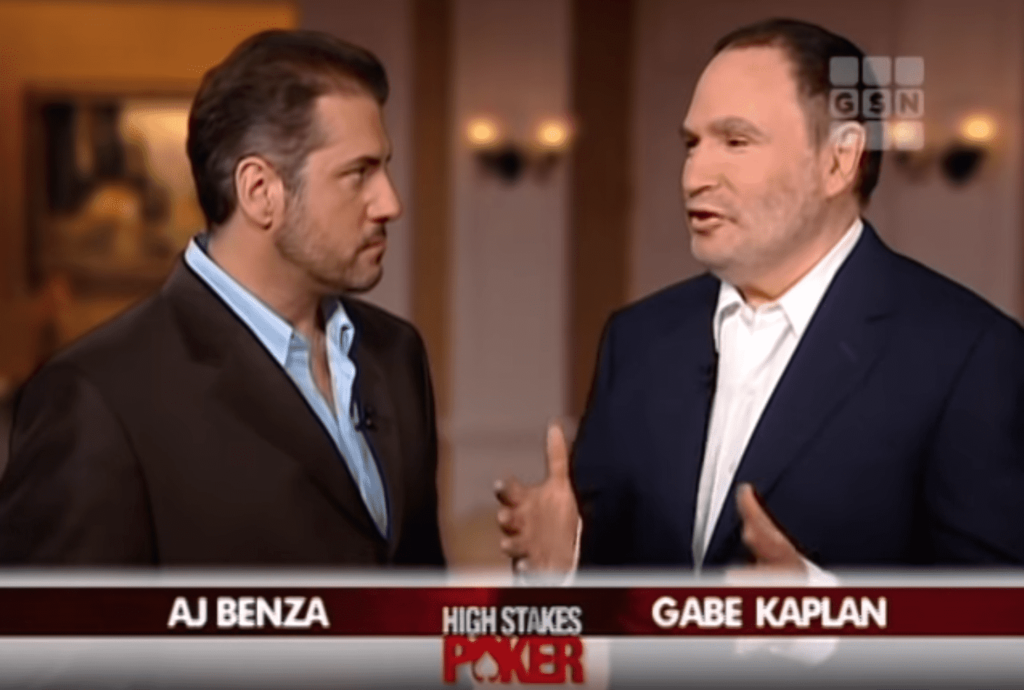 PokerGo does have a subscription fee. so you can’t watch the show for free. But you can get a $20 discount in preparation for the “High Stakes Poker” reboot by using the code, “HSP.”

Many of the popular show’s biggest stars will be back, including Phil Ivey, Phil Hellmuth, Tom “durrrr” Dwan, and Jean Robert-Bellande. Some new faces will also appear in the games, including Doug Polk, Brandon Steven, and Bryn Kenney. To sweeten the pot even more and bring back some old viewers, commentators AJ Benza and Gabe Kaplan are back together, just like old times.

Benza and Kaplan are one of the top duos in poker history. The poker commentators spent the first five seasons of “High Stakes Poker” together on the Game Show Network from 2006-2009. They’ll be reunited on PokerGo for the first time in more than a decade when the new season launches Dec. 16.

“High Stakes Poker” was a hit cash game show that aired on GSN from 2006-2011. During the final two seasons, Benza left and was replaced by Kara Scott in Season 6. Comedian Norm Macdonald took over all of the commentary duties for the seventh and final season.

Many poker fans have waited nine years for the show, produced by Poker Hall of Famer Mori Eskandani, to return. They are finally getting their wish.

The format for “High Stakes Poker” differs from newer live-streamed poker shows. There isn’t a live-stream for this one. Instead, the cash games are pre-recorded from the PokerGo Studio in Las Vegas, and then edited and condensed into a 60-minute episode. Many poker fans enjoy that format because the production team can go in and weed out the boring hands. That was the standard for poker on television before Twitch.

Kaplan, who became famous in the 1970s for his starring role as Gabe Kotter on the hit sitcom “Welcome Back Kotter,” was the perfect color commentator for “High Stakes Poker.” He has a goofy, self-deprecating sense of humor and a strong understanding for the game of poker.

His broadcast partner, Benza, has a brasher sense of humor, and they mesh together perfectly — a major part of why the show was so popular for so long. But “High Stakes Poker” is just as much about the players in the game. Eskandani, the show’s producer, puts together an entertaining group of cash of players featuring talented, charismatic pros and wealthy business people.