Each year, the Global Gaming Expo (G2E) brings the future of gambling to Las Vegas. The event, which kicked off on Monday, will be at Sands Expo on the Las Vegas Strip through to September 29, and will present anybody who is anybody in the gaming universe via vendors, speakers, and special exhibits. 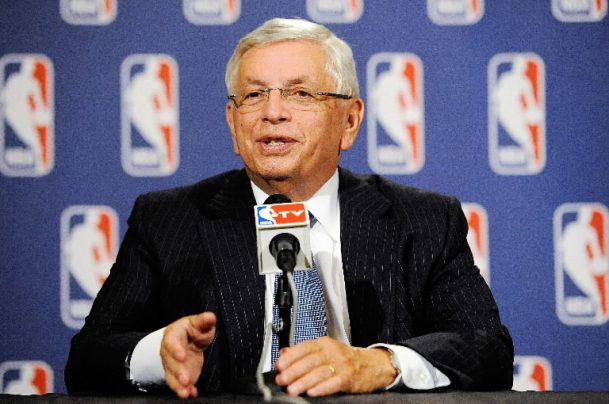 Former Homeland Security advisor Frances Townsend got the event going Monday morning, with a speech sponsored by Global Gaming Women on the intriguing-yet-vague topic of “The Power of Being Fearless.”

More than 450 exhibitors are scheduled to work this event.

Likely the most-anticipated speaker of the week takes the stage on Thursday. David Stern, the former long-time commissioner of the National Basketball Association (NBA), will discuss the future of sports betting in America.

His more recent replacement, Adam Silver, has openly supported the expansion of sports betting outside of Nevada. During his tenure, Stern had no influence on the US government passing a sports betting expansion bill, nor was he vocal in support of such legislation. But he is expected to speak out in favor of sports betting during his speech on September 29, the last day of G2E. In 2015, he backed Silver’s views on the issue.

“There should be federal legislation that says, ‘Let’s go all the way’ and have betting on sports. It’s OK. It’s going to be properly regulated,” the former commissioner told a forum on the future of sports media in New York City.

But What About Poker?

Online poker isn’t going to be the focal point of the Global Gaming Expo. But the game could benefit from this event.

One issue that has caused online poker legislation in the United States to stall is the skill-versus-luck debate. Is poker a game of skill? Virtually every successful poker players agrees it is, but many politicians don’t. And at G2E, a major topic of discussion will be on new skill-based casino games. More than 25,000 people are expected to attend the event, including many iGaming companies.

With the US presidential election creeping up quickly, gamblers and gambling operators are concerned with its outcome. For that reason, this will be another key topic of discussion at the Global Gaming Expo.

He’s a staunch conservative lobbyist who’s wholeheartedly endorsed Donald Trump with a super PAC. If he gets his way, Trump will work with him to ensure lawmakers don’t pass online gambling legislation.