Full Tilt to Merge with PokerStars on May 17 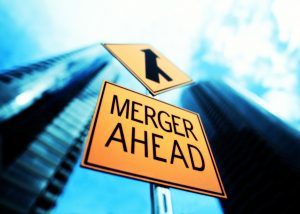 Full Tilt will be officially “retired” on May 17 and all existing players will be transferred to PokerStars. (Image: businesskorea.co.kr)

Full Tilt’s merger with PokerStars will go ahead on May 17 according to a recent press release.

Details of the planned Full Tilt/PokerStars integration came to light in February after the former showed no signs of reversing a long period of decline.

Ever since PokerStars’ former owner, The Oldford Group, acquired Full Tilt back in 2012 by way of forfeiture (PokerStars agreed to pay the US government $547 million and reimburse all US players who lost their bankrolls), the site has struggled to reach its previous highs.

Although there was an initial burst of activity thanks to the site’s association with PokerStars, this interest quickly dissipated and Full Tilt has since dropped to 14th position on PokerScout’s traffic rankings (it used to be in the top three).

This drop, combined with Amaya’s acquisition of PokerStars and Full Tilt, has prompted the bosses to implement a player pool merger between the two sites.

While some had suspected this would happen, the news was made official back in February with a projected “re-launch” date at some point in the spring.

Earlier this week that date was confirmed as May 17 and on this day the player pools of Full Tilt and PokerStars will combine to create “one market-leading experience” according to the official press release.

Once the software update is pushed out to Full Tilt’s players, the current software will effectively be retired and anyone logging in via the usual method will simply be playing on a skin that’s powered by PokerStars.

For players with an existing account at PokerStars, all account details, including screen names and balances, will switch following the update which means any Full Tilt monikers will be converted.

Additionally, all loyalty point balances will move across to PokerStars with the site stating that VIP seeding will be done on a like-for-like basis as far as is possible.

Anyone that doesn’t wish to complete the update and migrate over to PokerStars will have to withdraw their funds before their account is permanently deleted.

Finally, because of PokerStars’ presence in various regulated markets across Europe, players will receive individual emails in the coming days informing them of any geographical nuances they need to be aware of prior to the switch.

For example, it’s already been announced that players in Italy will not be able to update their accounts due to regulatory issues.

According to official press release, the newly unified platform will give players “more games, greater benefits and bigger tournaments” which should, in theory, push PokerStars even further ahead of its closest rival, 888poker.

This story showed up on 5-7-’16. I went looking for how (or if) I would transfer balances from Tilt to Stars on the same day. There seemed to be nothing I could find at either Tilt or Stars to facilitate that process. So perhaps it will be almost automatic.