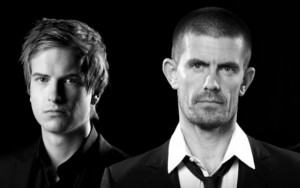 Gus Hansen and Viktor Blom have been dropped by Full Tilt, as the online poker room completes the dismantling of “The Professionals” team of sponsored players. Full Tilt announced that the players’ sponsorship deals have now expired and that the site wants to move in a different marketing direction.

The decision follows a “yearlong review of the Full Tilt brand,” according to the site, which resulted in a desire to move away from “pro-centric advertising to focus on the experiences and stories of the vast majority of our players.”

The team was assembled when Full Tilt relaunched in 2012, following its acquisition by the Rational Group, then parent company of PokerStars, and initially included Tom Dwan, who was let go in December 2013.

The Professionals represented a team of elite high-stakes players willing to play anyone, anytime, at any stakes, in order to highlight the return of the Full Tilt nosebleed tables to the online poker landscape. However, on balance, the Professionals did not turn out to be hugely effective brand ambassadors for Full Tilt.

Dwan, for example, undermined the “play anyone, anytime” attitude by his apparent shirking of his “challenge” matches against “Jungleman” Dan Cates. Blom, meanwhile, certainly had the right attitude, but his natural diffidence and hatred of interviews made him a poor ambassador. Hansen’s “play anyone, anytime” ethos, meanwhile, has gotten him into all sorts of trouble.

Since the return of the nosebleeds at Full Tilt, Hansen has blown through almost $18 million, reaching a career nadir a few months ago when, according to the High Stakes DB, he was a toe-curling $20 million in the red. Recently, many have questioned the wisdom of retaining a team of online poker ambassadors called The Professionals that is, in Hansen and Blom, collectively $25 million down online.

Full Tilt emphasized, though, that the new direction of the site under the stewardship of new owners Amaya is the reason for the decision, as it diversifies its offering with casino games, rather than any perceived shortcomings of The Professionals.

“Full Tilt will celebrate the excitement, fun, and intrinsic enjoyment of playing our poker, blackjack, roulette, and slots games,” said a statement. “A new TV campaign will launch imminently, representing this new approach. There will be more news on this later in the week.”

It’s also in line with current industry marketing trends as more and more sites weigh up the advantages of using “poker personalities” as brand ambassadors against more traditional forms of marketing in the face of diminishing budgets. Even PokerStars, which has the marketing bucks behind it, is placing less value on Team PokerStars Pros these days, having recently culled Jose Barbero, Humberto Brenes, Joe Cada, Angel Guillen, Alex Kravchecko and Marcel Luske from its stable.

I can only hope and wish that i get a opportunity to work & represent Poker Stars one day on the world stage. 🙂 JBCD71