Full Tilt has made a bold strategic move towards the attraction and retention of recreational players by removing game-selection facilities and heads-up play in its ring games. 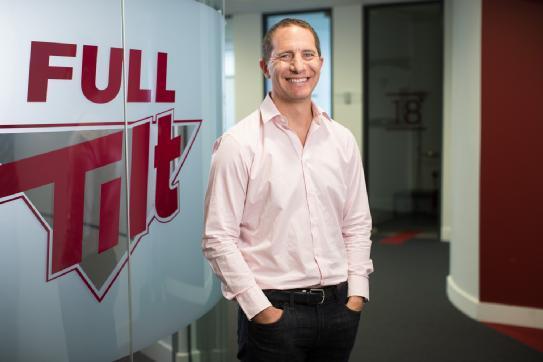 Full Tilt managing director Dominic Mansour says the radical changes at the former home of high stakes are designed to “bring the fun back into online poker.” (Image: linkedin.com)

From now on, players arriving at the Full Tilt lobby will select their stakes and be automatically seated at a corresponding table at random, rather than having the option to scroll through the lobby and select their preferred vacant seat.

The move is designed to eliminate the practice of “bum-hunting,” whereby accomplished players actively seek out only bad players to feed off of.

The skill gap between new and accomplished players in online poker has become so great that “recreationals” are finding it increasingly difficult to stick around in the game.

Targeted by these pros, amateurs lose their money too quickly, and never return. In the words of Full Tilt’s managing director Dominic Mansour, the changes are designed to “bring the fun back into online poker.”

The heads-up tables have also become notorious feeding grounds for bum-hunters who await their prey while seated passively at multiple tables, hoping a “bad” player might stray in. Should a good player appear instead, the pro inevitably disappears. The result is table upon table with just one player seated.

The decision to remove heads-up cash tables, once the scene of epic nosebleed battles between the likes of Tom Dwan, Phil Ivey, Patrik Antonius, and Isildur1, is a brave one, but one Mansour believes is necessary to help fix a skewed poker ecology. As industry number-cruncher PokerScout announced recently, global cash game liquidity fell 16 percent, year on year, and something needs to be done.

“The online poker and gaming landscape continues to change dramatically, with markets, regulation, technology and consumer habits shifting quickly and, in many ways, turning the poker industry on its head,” Mansour said.

“In today’s online poker world, unless you are the market leader enjoying the ‘more you have, more you get’ network effects of mass liquidity, the ratio of the casual-to-professional player has become unbalanced.”

Time to Drop Down in Stakes

Stud, Draw and Mixed Game tables, not traditionally the domain of recreational players, meanwhile, will be removed altogether.

“The new structure will present a clean offering for all players and we consider these ring game changes to be key to Full Tilt’s ongoing commitment to provide a level playing field and attracting and retaining more casual poker players,” said Mansour.

No mention has been made this week of unspecified changes to the rake structure of ring games, which Mansour referred to in a blog post last month, although they are still believed to be forthcoming.

I agree with some of the changes that Full Tilt is making. I don’t think that there are too many poker sites anymore that still allow you to pick whom you will play against. It is mostly auto seating now.

I (as far as I know) have not been subject to these “bum-hunters”, but then I only play the small stakes games and I don’t think it’s worth their while to bother with us. However, I can see where this would be a discouragement for new or recreational players not to join or go back to these poker sites. To be able to develop and grow our game, we need to have a chance to have a fair game.

I can see the sense of it, but removing non HE, non Omaha games is a mistake.

Even if FT is running just semi-autonomously, this concept would have had to fly by Amaya, or Rational. There must be a back story we are not hearing about.