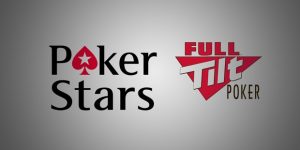 When the Rational Group took Full Tilt Poker under its wing in July 2012, it was part of a settlement to help reimburse Full Tilt’s victims under previous management and make nice with the U.S. government. Gaining a sister online poker site for PokerStars with a built-in database was one benefit of the deal, but Rational Group had bigger plans.

Those plans are becoming clearer with Full Tilt’s potential entrance into the global sportsbetting market. After launching casino games on Full Tilt in January 2014, the addition of sportsbetting to the roster puts Rational Group in prime position to move beyond PokerStars’ status as the largest online poker site in the world; Full Tilt Poker has the potential to crush other betting sites as well.

The latest news came from an interview in which a Rational Group spokesperson confirmed that the company was “exploring opportunities to enter global sportsbetting markets to enhance our online gaming offerings.” Further, the representative hinted at a 2015 launch.

This news comes a little more than a month after the first real-money casino games were introduced on the Full Tilt Poker website in the first week of January 2014. A new software update released at that time was the precursor to roulette and blackjack rolling out just days later.

Full Tilt Poker now offers a range of casino games, including blackjack (micro limit, Atlantic City, European, and double-deck options) and roulette, according to their website. Players have the option to play against the house or take seats at multi-player tables. Minimum bets at some tables were as low as $.10, or players can compete at free-play tables.

Rational Group’s head of corporate communications Eric Hollreiser released a statement to Pokerfuse, confirming that the testing of blackjack and roulette would begin in select markets and expand the rollout over time.

“As always, we will provide the high-quality player experience, integrity, security, safety and support that players have come to expect from Rational Group brands,” the statement read.

When Rational Group first revealed its interest in offering casino games on Full Tilt in the summer of 2013, the company was in the process of applying for a license to operate in the newly-regulated state of New Jersey. The potential of offering online poker to players in that state was appealing, but executives knew that the addition of casino games would be even more lucrative.

Since that time, Rational Group’s application has been put on hold due to the outstanding indictment against the company’s founder Isai Scheinberg. The New Jersey Division of Gaming Enforcement suspended the status of the company’s licensing until Rational Group could demonstrate “suitability” and “changed circumstances.” That situation has not yet changed, but Rational Group continues to eye the U.S. market, with lobbying reportedly taking place in states like New York and California.

The ability for Full Tilt Poker to offer a slate of poker, casino games, and ultimately sportsbetting, will position the company to be a force in any market in which it finds a home.