Rather than fight the government, DraftKings and FanDuel have called off plans for a merger between the two titans of the daily fantasy sports (DFS) industry. A statement jointly announced the news Thursday that the two market leaders were abandoning the proposal. 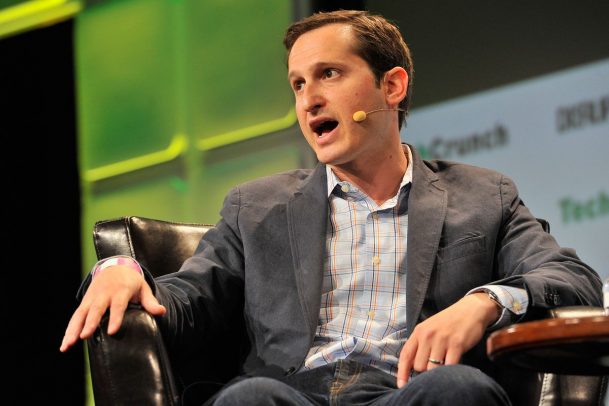 DraftKings CEO Jason Robins has announced that his company and FanDuel are pulling out of a proposed merger, citing FTC backlash. (Image: Getty Images)

The planned partnership was announced back in November, while the two were facing mounting financial woes and aggressive enforcement of bans from states. The landscape changed this year when three more states, Arkansas, Vermont, and Indiana, legalized DFS, joining 10 others which had passed similar legislation the previous year.

When the Federal Trade Commission (FTC) began to review the idea, it was estimated that the two entities controlled 90 percent of the market. Both the attorneys general of California and the District of Columbia joined in opposition.

That legal alliance seemed to doom the action from the start. On June 19th, the FTC came out with a statement that it had authorized legal action to block the merger, saying it violated Section 7 of the Clayton Act and Section 5 of the FTC Act.

“This merger would deprive customers of the substantial benefits of direct competition between DraftKings and FanDuel,” said Tad Lipsky, acting director of the FTC’s Bureau of Competition. “The FTC is committed to the preservation of competitive markets, which offer consumers the best opportunity to obtain innovative products and services at the most favorable prices and terms consistent with the provision of competitive returns to efficient producers.”

In short, the two companies joining together would violate longstanding antitrust statutes.

With the FTC actively seeking to end the union, both FanDuel and DraftKings knew there was no chance for the move forward to succeed, and a fight would have been both lengthy and costly.

FanDuel CEO Nigel Eccles said in a statement that his company believed the merger would have aided both enterprises’ growth, but that it was also not smart business to try to take on the federal government.

“It was in the best interest of our shareholders, customers, employees, and partners to terminate the merger agreement and move forward as an independent company,” the company president said.

Back to Business as Usual

DraftKings CEO Jason Robins said both companies should remain strong despite the failed attempt to join together, and that competition will once again be vigorous.

“We have a growing customer base of nearly 8 million, our revenue is growing over 30 percent year-over-year, and we are only just beginning to take our product overseas,” the DraftKings leader said in a statement.

DraftKings was founded in Boston in 2012 and is the larger of the two companies, as far as number of entry fees and overall revenues go. Football and baseball are its biggest sellers, but it also offers basketball, hockey, golf, stock car racing, mixed martial arts, soccer, Canadian football, and eSports.

FanDuel is based in Scotland and controls most of the European market and is second in the US. It was founded in 2009.