The 2018 GUKPT Grand Final has come to a conclusion following another strong turnout inside London’s Victoria Casino. 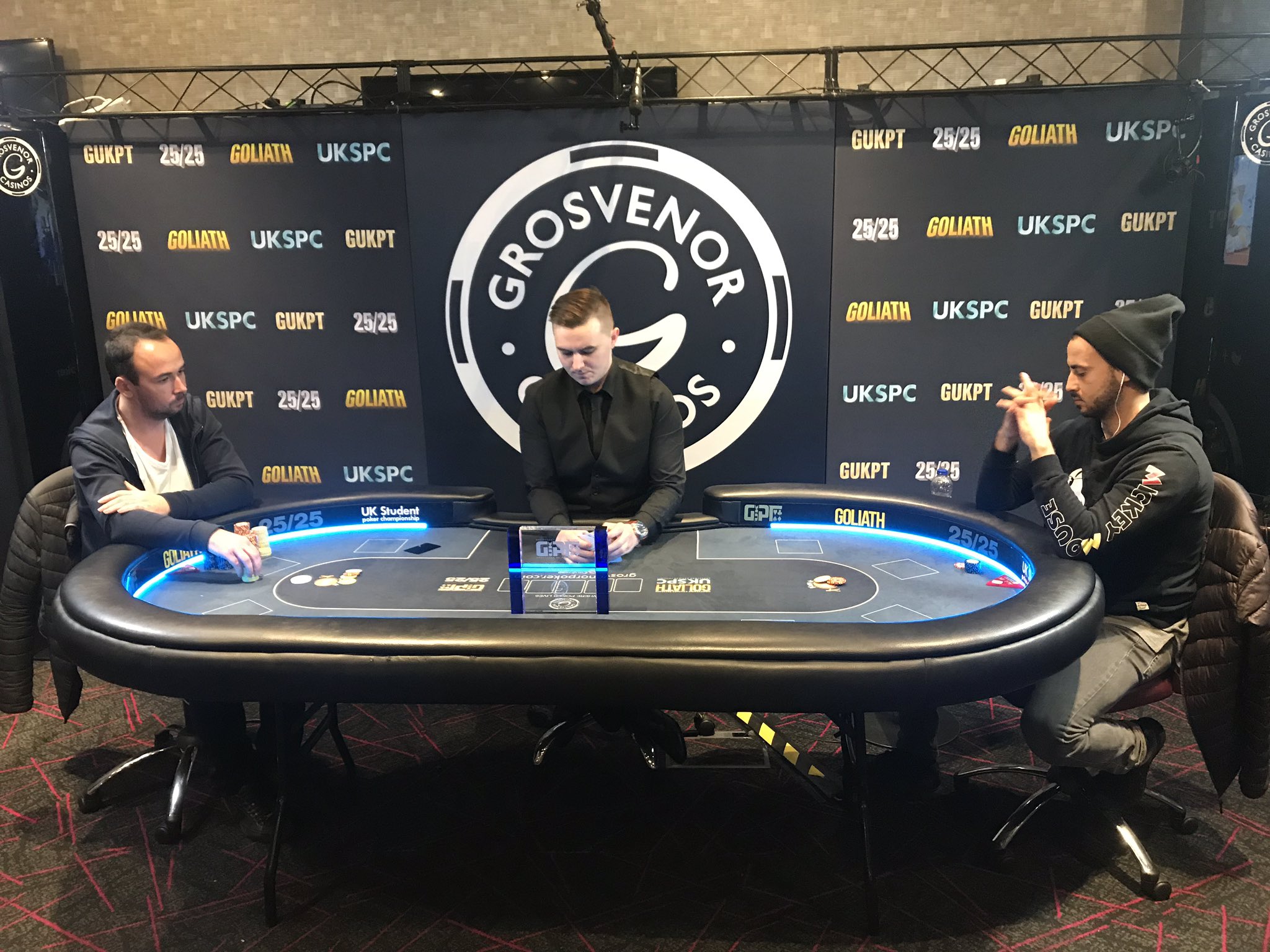 Continuing its recent upswing, this year’s £2,140/$2,750 GUKPT Grand Final stands as the second largest ever and the most popular since the entrance free increased from £1,050/$1,350. With the cashiers collecting 325 buy-ins, the eventual prizepool broke its $515,000 guarantee, meaning the eventual winner took home the lion’s share of $834,000.

GUKPT Regs Out in Force

Following two Day 1 sessions, 12 hours of play on November 24 left just 20 players with chips ahead of Day 3. Leading the way at the start of the final session was Julien Sitbon, just ahead of GUKPT Blackpool winner Yiannis Liperis and tour regulars Ludovic Geilich and Ali Mallu.

However, once Day 3 was in full swing, it was Jerome L’Hostis that found a way to win. Starting the session fourth in chips, the Frenchman was content to sit back and let his opponents do all the hard work before seizing his opportunity.

Currently enjoying his best year at the felt thanks to $176,308 score in August’s EPT National Barcelona event, L’Hostis took the lead in negotiating a three-way deal. Although he only locked up the second largest payout, his post-deal performance earned him an extra $25,700 and the title of 2018 GUKPT Grand Final Champion.

In closing out the event, L’Hostis didn’t give his opponent Tamer Kamel a chance to find his rhythm. Constantly jabbing at the local pro, L’Hostis eventually got over the line with A♠4♦.

Moving all-in from the button, the French pro found a willing caller in Kamel with K♦8♦. Knowing he needed to make a pair or better to stay alive, Kamel sat silently as the flop rolled out: 10♥Q♠Q♦.

Despite receiving some extra outs when the 9♥  landed on the turn, it was L’Hostis who raked in the final pot of the tournament after the 3♦ brought the GUKPT Grand Final to a close. Commenting on his performance, the new GUKPT champion said that it was a tough final table but he let his cards do most of the talking.

With the conclusion of the 2018 GUKPT Grand Final, season 12 was also brought to a close. For Grosvenor Casinos, it’s been another successful year. As well as numbers being up throughout the season, the gaming operator formed a partnership with former boxing champion, David Haye.

Set to take part in the 2019 GUKPT Goliath, Haye is now going through an intensive training regime in a bid to conquer the biggest live poker tournament outside of Las Vegas.

the Grand Final GUKPT is positioned as the second largest in history and the most popular, it is pleasant to participate in a tournament of this event and more if you win the main event, congratulations to the great winner and the great pot that won. .. has already resolved Christmas and zero problems