Last week, the WPT DeepStacks announced five additional stops on their Season 5 schedule. One was in Houston, which seemed something of a head-scratcher, as no mid-major poker tour had hosted a non-charity real-money multi-table tournament there in as long as anyone could remember.

So how is this one suddenly allowed in a state like Texas? A new poker business set to open next month — grand opening, April 9-14 — says it has the answer. 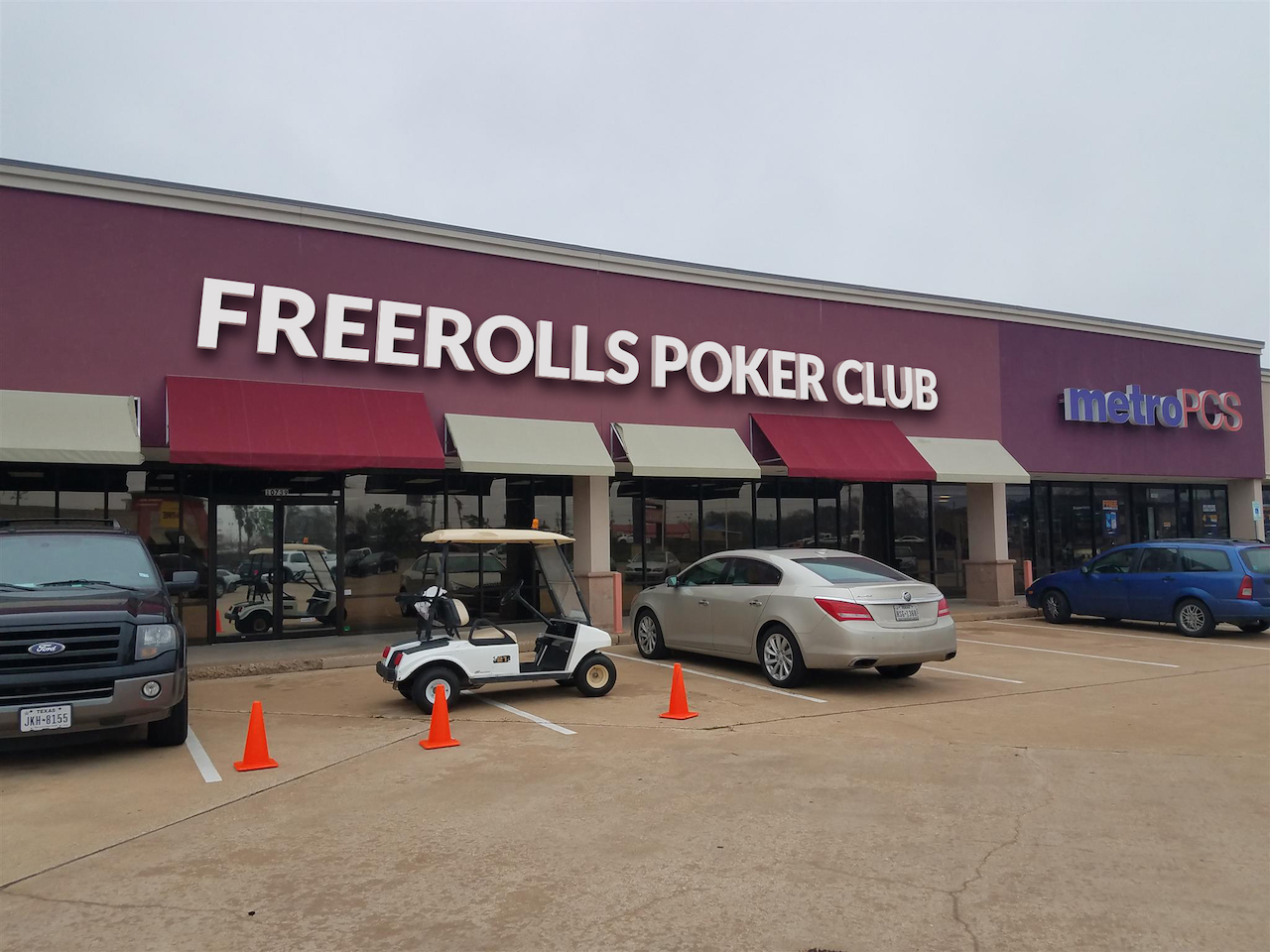 Trent Daniel, business development director of FreeRolls, reached out to CardsChat in response to our article about the surprising WPT DeepStacks stop, and offered to shed some light on how poker clubs in Texas like his are able to operate.

“FreeRolls is unique as we are really the only club in Houston that operates on a model that does not have the gray areas when it comes to the law,” Daniel said. “We do not charge any fees to our members beyond membership so under our model, players pay one time and play all day. No seat rentals. No time charges. Nothing.”

That also means tipping dealers is not allowed.

He continued: “Under the letter of the law, as long as clubs do not make any money directly from the play of poker and the play takes place in a private setting – along with a few other provisions, the poker play is legal in Texas.”

There are other clubs across the city and state, but most have their own interpretations of what it means to make money directly from the play of poker. In other words, they push the letter of the law by taking a rake in the form of either a time charge or seat rental.

But Trent insists FreeRolls is different. To avoid potential legal trouble, CEO Charles Potter invited vice officers from the Houston Police Department for a sit-down meeting where they laid out their business model.

“We were informed that as long as we stayed with the model we showed them, FreeRolls would be totally in compliance with the law,” Daniel said. “At FreeRolls, we decided early on that we were not willing to operate under a loophole in the law, but opted to find a way to operate completely within the plain letter of the law, and that is why we were such an attractive proposition to WPTDeepstacks.”

When players turn up to FreeRolls Poker Club for the WPT DeepStacks Houston, they must become a member to play. So in addition to the $1,000 tournament buy-in, they will pay a $100 daily membership fee to enter. The club also reserves the right to grant free membership.

A FreeRolls membership is a daily one-time charge, and its good all day, which means re-entries will cost only $1,000. All of the money aside from membership fees must go directly to the prize pool, in accordance with Texas law, Daniel said.

“All of the rules that govern access and play at FreeRolls will apply during the WPTDeepstack Tourney,” Daniel explained. “There will be no money derived for the club directly from the buy-ins to the tourney but we will generate revenue from memberships, advertisers and sponsors.”

There is currently no governing authority overseeing private poker clubs in Texas, nor are there any sort of specialized permits required for a private poker club to operate in the state. That said, the club does practice self-regulation when it comes to clientele.

Finally, while most WPT DeepStacks events are livestreamed, Daniel revealed that plans for the Houston event are up in the air.

“We will be livestreaming some cash games from the venue but WPT Deepstacks has not yet granted us permission to stream any of the tournaments,” he said.

As for the WPT, their WPT DeepStacks Houston webpage is scant on details. No pictures, just a countdown clock (182 days away), and the following legal disclaimer:

“WPT is not responsible for any tournament event details including, without limitation, structures, schedules, formats, general rules or prize pool distributions. Management reserves the right to change tournament dates or suspend or cancel tournaments, in whole or part, without notice for any reason at any time.”

There may not be a “membership fee”, but on the website it looks like you need to pay $40 a day when you want to play there.

I see a new state law coming that covers a min 6 month citizenship.

as we say for my town, maked the law, maked the trap.
surely the lawyars of the firm studied the law very well and found a way to cancel it, I believe all laws can be broken legally, with this I want to say that there will always be legal gaps.
now I do not understand why they put so many obstacles to this game in all parts of the world, and I’m not talking about the online game.