France is celebrating its second World Cup title after defeating Croatia in an exciting 4-2 final that featured a number of unexpected twists. 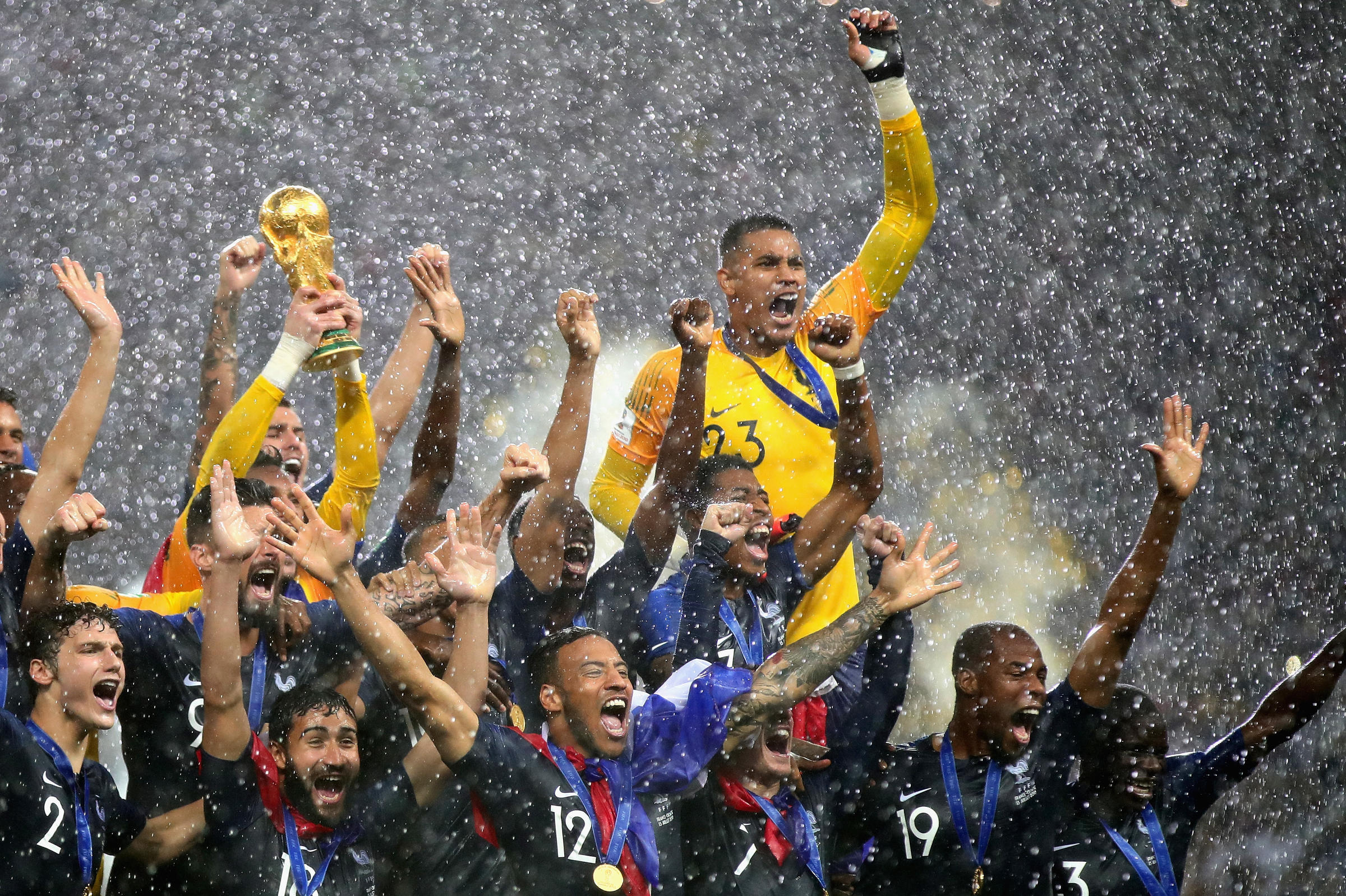 The win comes 20 years after France’s first world championship, which came on home soil after Les Bleus defeated Brazil 3-0 in the 1998 final.

The fact that France won the World Cup can’t be seen as much of a surprise. While they were not the favorites at the start of the tournament – that honor was shared by Brazil and Germany – they were right near the top of the list when it came to likely contenders. France also came into the final as a fairly heavy favorite over Croatia.

But while predictions of a French victory played out on the pitch, the match was anything but straightforward.

In the first half, France took the early lead on an own goal by Mario Mandzukic, who got a head to a free kick from Antoine Griezmann only to see the deflected ball end up in the Croatian net.

After Ivan Perisic scored 10 minutes later to tie the game, France took the lead yet in the 38th minute. That goal was historic: it was the first time a penalty was awarded in a World Cup final after consultation by the video assistant referee (VAR), who asked the on-field referee to take another look at a possible handball. The penalty was ultimately given, and Griezmann did the honors to give France a 2-1 lead heading into halftime.

France extended its lead in the second half thanks to strikes by Paul Pogba and Kylian Mbappe, giving them what looked to be an unassailable three-goal lead. Croatia did claw one back after a bizarre error by French goalkeeper give Mandzukic an easy tap-in to make the score 4-2, but there would be few opportunities over the final 20 minutes as France closed out the match.

The win made France only the sixth country to win multiple World Cups, following Brazil, Germany, Italy, Argentina, and Uruguay. French coach Didier Deschamps was involved in both victories, as he captained the 1998 world championship side, making him only the third person to win the World Cup both as a player and as a manager.

After the match, the French players had trouble grasping with the enormity of what they had just accomplished.

“I don’t really realize yet what it is,” said French forward Antoine Griezmann after the match. “I’m very proud of this team. I’m going to be in the history of French football. With my team.”

19-year-old superstar Kylian Mbappe became the youngest player to score in a World Cup final since Pele scored twice at age 17 during Brazil’s 5-2 victory over Sweden in 1958.

“Quality is not always enough, but it is a good base,” Mbappe said following the match. “In a competition like this one, it is not only the most beautiful that win, but those who believe the most. We believed – iron belief. At the start, it might have seemed ambitious, but we believed.”

While Croatia may have come up short, the runner-up finish is still the best in the country’s history. Midfielder Luka Modric was honored with the Golden Ball, the award given to the tournament’s best player, though it was a poor substitute for a world championship.

“Of course I’m proud, but what I wanted to achieve was the World Cup trophy,” Modric said. “I wanted to win that, for Croatia. It didn’t happen. That’s it, that’s it.”

it was one of the best championships lately
France won deserved but Croatia also held this championship well. I’m sorry that Russia did not win in the penalty shootout from Croatia )