Phil Hellmuth won’t be facing Tom Dwan in the next High Stakes Duel match like many anticipated. Instead, PokerGO is going outside of the poker world for his third opponent, where they found a willing participant in Fox Sports television personality, Nick Wright. 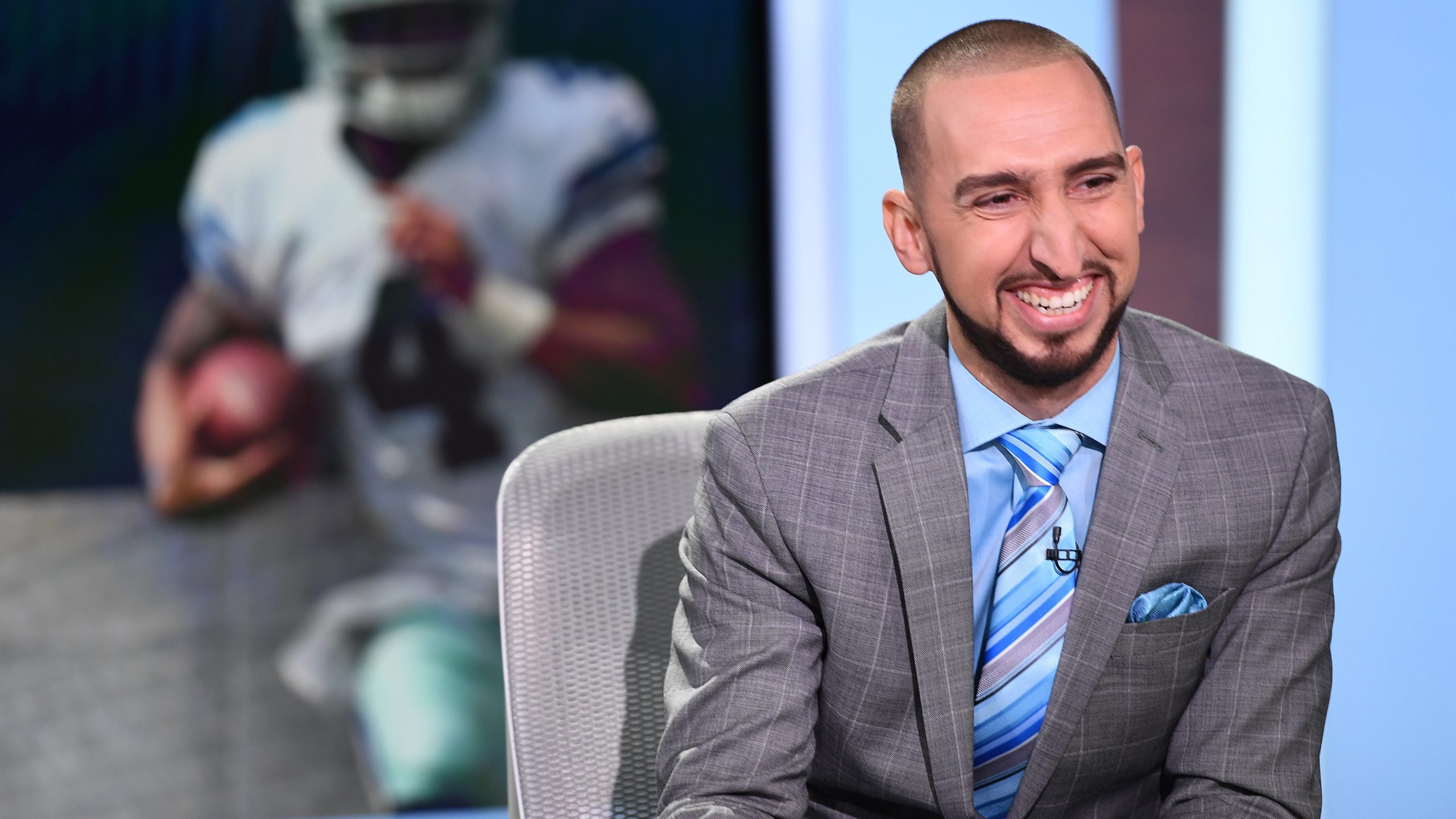 Nick Wright is the next opponent for Phil Hellmuth. (Image: ozy.com)

Wright, a poker enthusiast, is the host of First Things First, a popular sports talk show with co-hosts Brandon Marshall, Kevin Wilde, and Jenna Wolfe, and he’s one of the most vocal LeBron James supporters you will ever find. Wright has spent countless hours on his show and social media arguing that the Los Angeles Lakers star — and not Michael Jordan — is the greatest basketball player of all time.

Prior to earning a multi-million-dollar contract with Fox Sports, the recreational poker player was the radio host of What’s Wright With Nick Wright on 610 Sports in Kansas City, where he gave his take on local sports teams. He moved on to the national scene in 2016, first appearing as a studio host for various FS1 shows, and then to the big-time in 2017 when First Things First premiered.

Wright is a natural opponent for Hellmuth in that he has a strong personality and is rather opinionated, much like the “Poker Brat.”

Hellmuth is fresh off six straight wins on High Stakes Duel, the first three vs. Antonio Esfandiari in 2020, and then three more in 2021 against Daniel Negreanu. After the third match, the winner can refuse another rematch, and Hellmuth chose to move on instead of facing Negreanu for a fourth time.

Many speculated that Dwan would be up next. Dwan hinted as much on the No Gamble, No Future podcast last month, claiming he was originally scheduled to be Hellmuth’s opponent following the Esfandiari match. But PokerGO decided that Negreanu was a better fit at the time because the GGPoker ambassador had been popping off about Hellmuth’s game right around that time.

Brent Hanks and Jeff Platt, the co-hosts of No Gamble, No Future, fueled the fire last week on their YouTube podcast when they threw out Dwan’s name as the next contender on High Stakes Duel. But on Tuesday, Hanks and Platt told viewers they’ve decided to go off the grid a bit and dip into the sports world. Nick Wright has more than 410,000 Twitter followers, so he just might help bring some new sports fans into the poker community.

Spoiler Alert: It's me. July 28th at the @PokerGO studios at the Aria in Vegas. Me and Hellmuth, $50K each.

He's undefeated in this format. I cannot wait. https://t.co/WEA7K0Q4aW

Giving it a shot

Wright will undoubtedly be the underdog against the all-time WSOP bracelet record holder, but that doesn’t mean he’s just going to lie down and accept defeat. “This isn’t fantasy camp,” Wright said on Tuesday’s No Gamble No Future podcast. “I’m not just going to hand Phil Hellmuth $50,000 so he can invest in a new Dogecoin. No, I’m doing it because I want to win.”

Wright told the viewers he’s been studying poker strategy and his plan is to win, not to just show up and have a good time. He said, however, he won’t spend his time reading poker strategy books or studying solvers, and was critical of Negreanu spending too much time on that aspect of the game prior to his three consecutive losses to Hellmuth. Instead, he made it clear he’s going to focus specifically on Hellmuth by watching videos of him in action.

“Do you know how much of me he can watch?” Wright asked. “None. He can just try to remember the few times we’ve played together, that’s it. So, from a study advantage, I have an edge. Plus, I think he’s out in like France right now trying to get a film made about himself.”

Hanks said on the podcast that Dwan will be up next to face the winner of Phil Hellmuth vs. Nick Wright. In the first round, each player will buy-in for $50,000. The loser can call for a rematch and then must pay $100,000 to enter the next match. The stakes will again double in Round 3, if it goes that far. The date for High Stakes Duel is set for July 28 at the PokerGO Studio in Las Vegas.

Good luck Nick.
I watch him almost every morning.