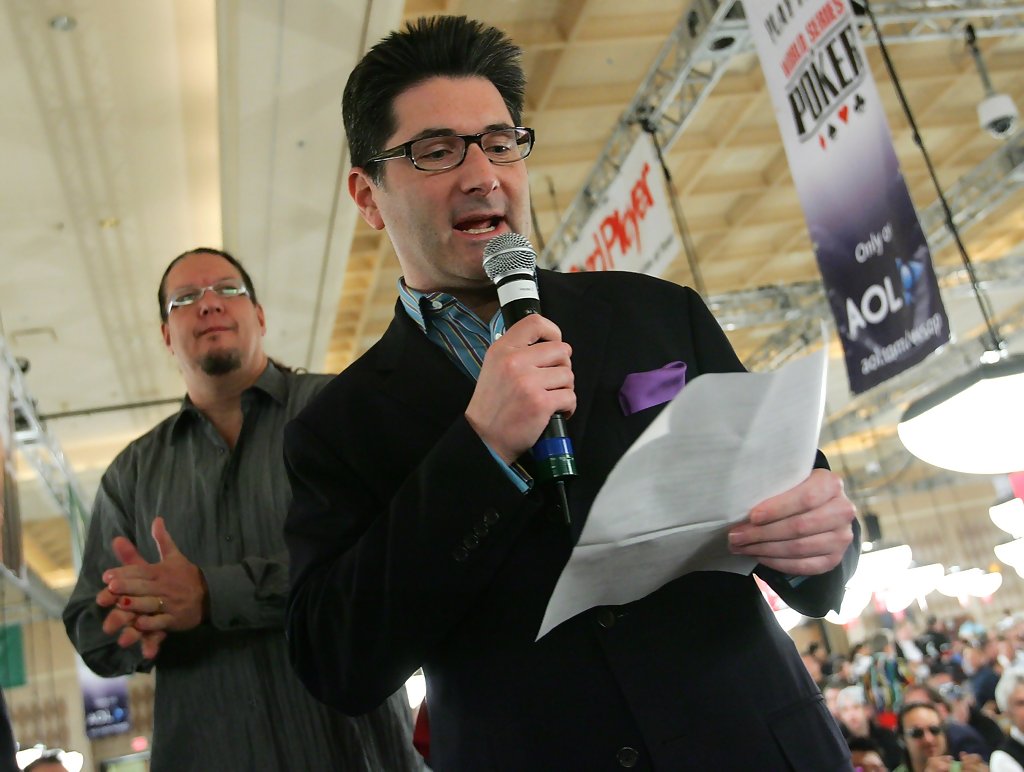 Penn Jillette (background) may not have been able to make Jeffrey Pollack (foreground) disappear from poker at the WSOP, but his running the Epic Poker League into the ground eventually exiled him from the game. (Image: zimbio.com)

Pollack also served as Commissioner and Vice President of Marketing for the WSOP during much of the poker boom era. He set out a goal in 2005 to “grow the popularity of the World Series of Poker.” That’s certainly been accomplished.

But his reputation around the poker community isn’t positive anymore. Not after the EPL, which was co-founded by Annie Duke, filed bankruptcy and left players hanging in 2012. The XFL is hoping for a better fate.

Remember Annie Duke? It’s sure been a while since we’ve seen her at the poker tables. That’s because Howard Lederer’s sister served as Commissioner of the EPL, a league that wasn’t properly funded.

In 2011, Duke and Pollack formed the EPL, an exclusive high-stakes poker league in Las Vegas. Many of the top players at the time such as Mike McDonald, Michael Mizrachi, and Erik Seidel competed in the EPL. Chino Rheem, the 2019 PCA Main Event champion, won the first EPL event in August 2011 for $1 million.

But after just three events, the league went belly-up. A guaranteed $1 million season-ending freeroll was subsequently cancelled. The Epic Poker League was forced to file Chapter 11 bankruptcy in February 2012. And, to make things worse for the reputations of those involved, Duke still received a six-figure payday for her role with the league.

Due to running what many consider a “scam,” she hasn’t since returned to the game of poker. Ditto for Pollack. Duke’s last tournament cash was in 2011. She is now an author and public speaker.

Giving the XFL a Second Chance

In 2001, WWE President Vince McMahon launched the XFL, a professional football league that was promoted as the next big thing in sports. But the league failed so miserably it only lasted one year.

McMahon still believes in his vision of creating a football league that has fewer rules and is more violent than the NFL. He has said he intends to re-launch the XFL in 2020, and is bringing Pollack on board as President and COO.

In a press release, McMahon said the former EPL chairman was “suited perfectly” for this role. While listing his qualifications for the job, the public statement mentioned his work in the NFL as an executive for the Los Angeles Chargers, while also playing up his previous efforts in the NBA, and also served as Commissioner of the WSOP. But it, perhaps conveniently, left out his affiliation with the Epic Poker League.