Anthony Silva, the former mayor of Stockton, California, has been arrested on charges of embezzlement and theft just months after he was accused of playing strip poker with minors. Silva was picked up in San Francisco by FBI agents as he exited a plane from South America on Sunday, and booked into the San Joaquin County jail. Authorities had been searching for the embattled ex-legislator since last Wednesday, when an arrest warrant was issued. 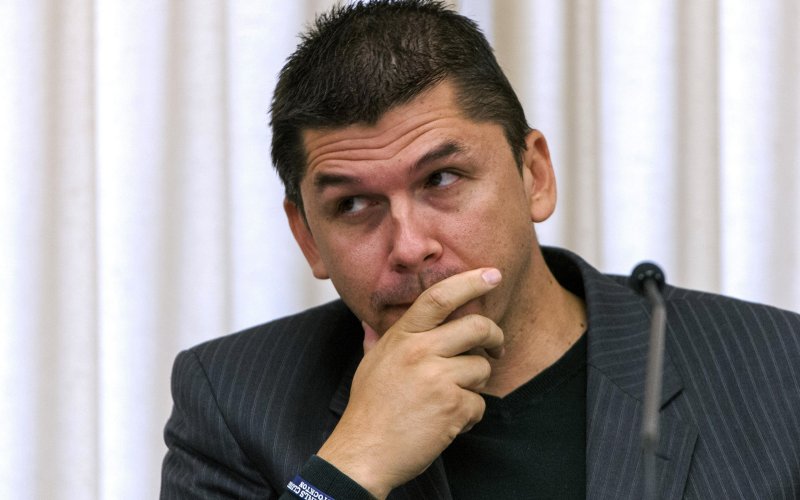 This time around, the charges are serious, and could lead to serious jail time as well. A spokesman for the San Joaquin District Attorney’s Office, Tim Daly, noted that Silva is looking at a number of felony charges, which include money laundering, embezzlement, grand theft, and misappropriation of public funds. And because some of these alleged crimes mirror each other in what is called  “white collar crime enhancement,” the chances of a longer prison sentence are increased.

How Did He Get Here?

Silva first came to the attention of the poker community back in August 2016, when he was arrested following a 2015 FBI investigation. After he was booked into jail on August 4, 2016, a police report showed that the one-time Stockton mayor (who was replaced in 2016) was suspected of eavesdropping on a game of strip poker between a group of teenagers.

Before being elected to office in 2012, Silva served as the chief executive of the Boys and Girls Club of Stockton. Despite leaving the post in 2013, a year after he became mayor, he still involved himself in a number of activities for young people, including the annual Mayor’s Youth Camp. It was during this event in 2015 that Silva is alleged to have been involved in the game of strip poker with some who were reportedly underaged.

The FBI launched an investigation into the incident the same year, resulting in Amador County police officers arresting Silva on four charges in August 2016, including: recording confidential communications (a felony), endangering children, furnishing minors with alcohol and encouraging illegal behavior from a minor (delinquency of a minor).

Silva pleaded not guilty to the charges, despite audio evidence suggesting he was there when at least two of the minors were naked, and he eventually escaped a felony conviction in October 2016. Although the judge eventually reduced the charge of recording confidential communications to a misdemeanor, Silva is still facing charges over that alleged incident.

Silva has been free on bail and was even planning on taking a holiday at the start of March. Those plans quickly changed, however, when he was arrested on March 5 when he returned to San Francisco.

In a statement confirmed to Sacramento TV station KCRA, Silva’s attorney Allen Sawyer said that his client was in jail on a $1 million bond, due to those charges of embezzlement, misappropriation of funds and grand theft of more than $100,000. That’s an exceedingly high bail for a non-violent, albeit extensive, alleged crime rap sheet, and could indicate a concern about possible flight risk.

The local district attorney’s office has executed search warrants for Silva’s home, as well as the Stockton Kid’s Club, but at this point it’s unclear what the source of the alleged crimes is or what they revolve around. One thing we do know is that the new charges aren’t linked to the strip poker incident.

Silva will now be facing two separate trials, and the possibility of many years behind bars.