Poker shouldn’t be the only thing keeping greyhound racing alive in Florida, according to Orange Park Mayor Scott Land, who is seeking legislative help to “decouple” the two activities. 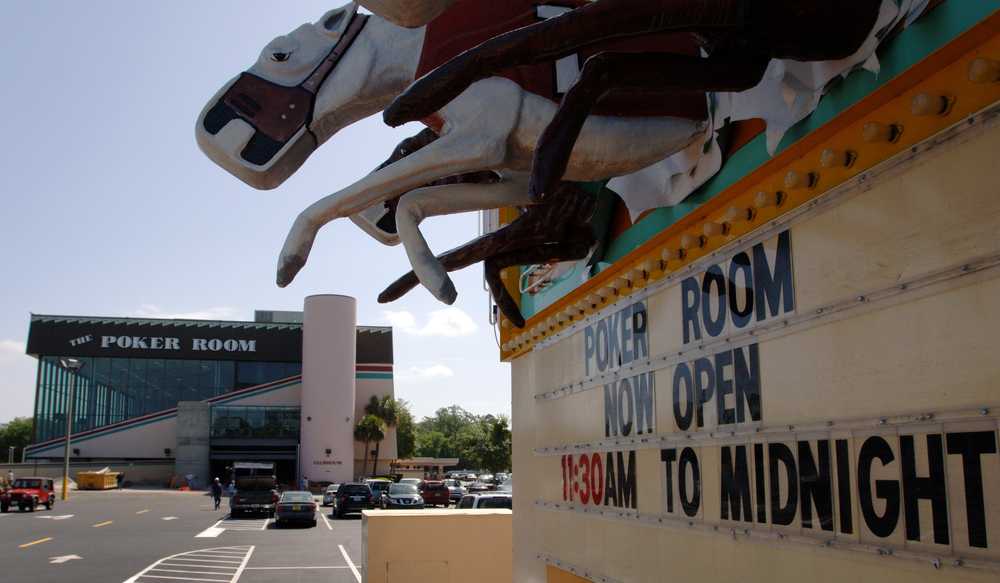 This urging comes after revelations this past summer at the Bestbet track and casino in Jacksonville several incidents greyhounds that race there testing positive for cocaine.

Animal rights activists say it’s the largest dog-doping scandal in the nation’s history, and have since re-upped their calls for a shutdown of facilities that host not only dog races, but also some of the bigger poker tournaments in the state.

During a 19-month period in 2013 and 2014, 195 racing dogs in Florida died, 23 of them at the Bestbet racetrack and poker room in Orange Park, a suburb of Jacksonville.

Poker on Short-Leash at Dog Track

Poker rooms and dog tracks have been intimately linked in Florida since 2001. Under rules established then, any dog track with a connected poker room must race at least 90 percent of the races it hosted in the previous year to keep its gaming license.

Were the dog tracks making money on their own, an owner may not see this as an issue. However, according to Land, it’s poker rooms are generating the revenue that sustains these facilities.

Considering the recent doping scandal at Bestbet Jacksonville dog track, Land wants to see racing and poker decoupled, lest it create an image that he doesn’t want for the city.

Greyhound racing revenue in Florida has dropped by nearly 50 percent since 2006. In contrast, poker revenue in the state has increased eightfold in the same period.

Land has approached Clay County’s legislative delegation and asked for help separating greyhound racing and poker. The move, in his words, isn’t designed to “run the place Bestbet Jacksonville out of town,” but he does believe that poker doesn’t need to support its current partner any longer.

Although the issue will have to be put up for debate, the Mayor has already said that the land on which the stadium stands could be demolished and redeveloped. As for poker, the lack of greyhound racing is unlikely to harm the industry.

The recent World Poker Tour Jacksonville, which took place in October at the Bestbet Jacksonville track and casino, saw 323 players pay $5,000 to compete for a share of the $1.5 million prizepool.

When the event was over, it not only gave Paul Petraglia a $351,732 payday, but also it proved that poker is indeed going strong in Florida, and dogs have little to do with playing poker.

The legislative requirement for greyhound racing is not “at least 90 percent of the races it hosted in the previous year to keep its gaming license”. That would result in fewer of the money-losing greyhound races being held each year.
The actual requirement is to hold at least 90% of the races the track hosted in the year before the legislation was passed (i.e. the year 2000). The result is that the minimum requirement remains at the same ridiculously high level, year after year, even as the popularity and betting handle continues to dwindle.
Greyhound racing has become a financial sinkhole into which profits from poker rooms are being poured, because of this insane law.

I know poker is a form of gambling and the element of luck looms large in the game, but I love playing cards whether its Spades, Canasta, Hearts…whatever. I am not however a gambler who enjoys betting on horses, sports or roulette. I wish people would stop assuming because I enjoy playing poker that automatically means that I am interested in other casino games or sports betting although I would guess most poker players are. I consider it a form of entertainment to keep me amused while waiting for a poker game to start.