For this edition of Flashback Friday, we recall one of the biggest pots in Live at the Bike history. The hand in question — a $257,000 pot — cost high-roller Dan Smith heaps of cash thanks to a cruel river card. 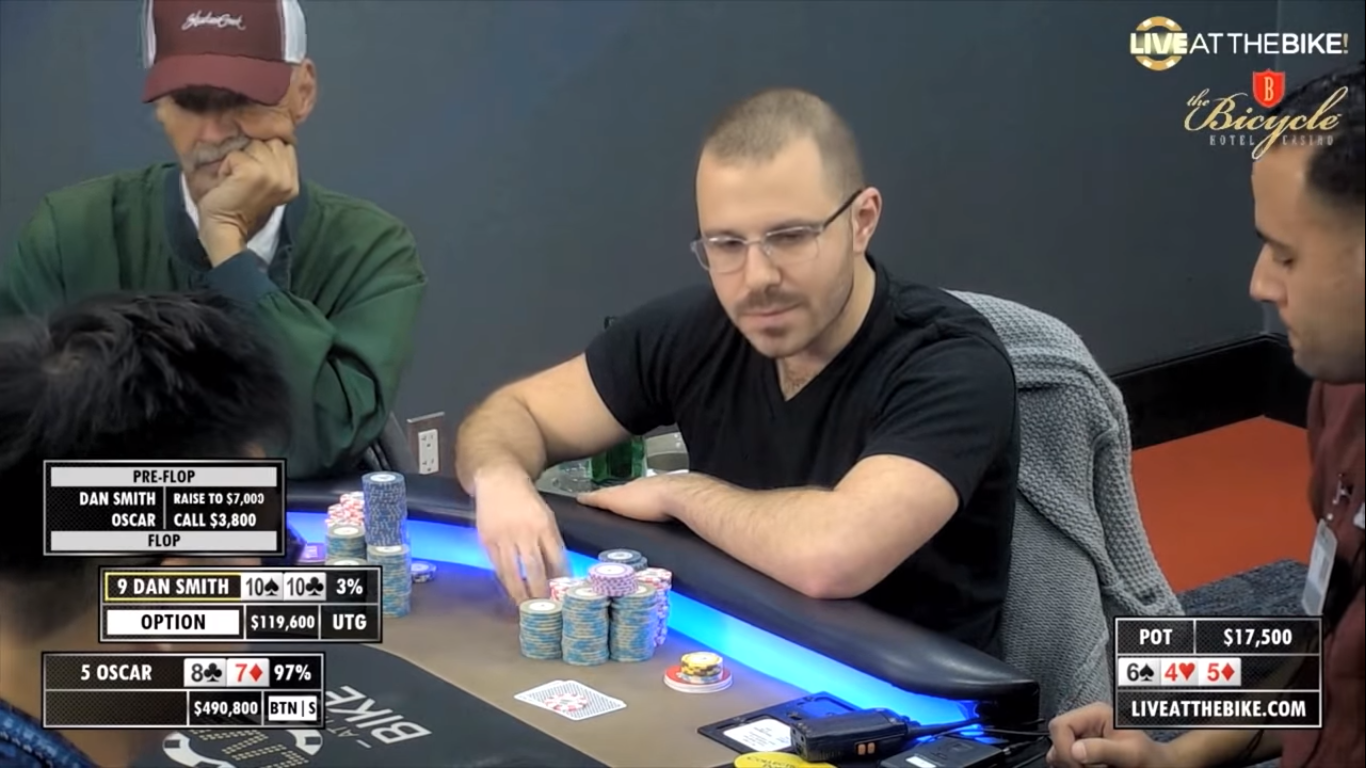 Dan Smith would like to forget this Flashback Friday hand. (Image: Live at the Bike)

Smith took the beat with class, as he always does. Even after losing over $120,000 in two minutes, he remained calm. He’s won and lost his fair share of massive pots like this over the years, so he knows how to keep his composure during the toughest of situations.

The hand in question, in a March 2019 session, was against a player named Oscar, who seemed to have an unlimited bankroll. Oscar had wild betting habits and was fortunate enough to hit quite a few big hands. None bigger though than this one epic pot against Smith.

A Hand for the Ages

The flop smacked Oscar in the face once again, as he hit the stone-cold nuts (6-5-4 rainbow). He was in a dream situation being that his opponent had an over-pair. Smith was going to have a hard time getting away from this one, although the turn card did help him out momentarily.

Smith bet $10,000, and Oscar quickly made the call. The queen on the turn was helpful to Smith in that it was a scare card and could have potentially saved him money as opposed to another low card hitting. He checked this time, and his opponent placed a $14,000 wager, only about one-third the size of the pot. The small-ish bet confused the Live at the Bike announcers.

But, as it turns out, the bet size was perfect because it kept Smith interested in the hand. He made the call and saw a cruel river 10. He again checked, setting a costly trap. Oscar, who had nearly $500,000 in front of him, put his opponent all-in for $95,000.

Smith snap-called and quickly turned over his cards only to learn he just taken a brutal cooler in a $257,000 pot. At the time — March 2019 — it was the largest pot in LATB history.