You’re beating your regular $1/2 game, even when accounting for the rake, but not by much. If you’re a thoughtful player, applying lessons you’ve learned in your reading, watching, and thinking about the game, then you might well be ready to leave the confines of your excellent, but relatively low-stakes game, and move up to bigger stakes.

But, with that ascension comes the realization that you’ll likely be up against better players. They may not be world-beaters, but they are likely to be good – something better than the poor, mostly clueless opponents you’ve been feasting on in your regular low-stakes game. 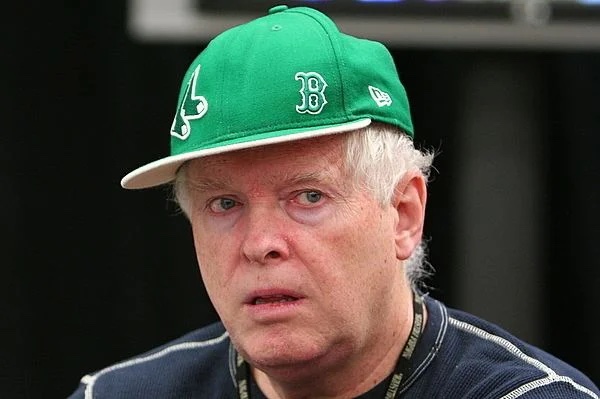 Do you recognize this poker legend? If not, that’s just how “Action Dan” likes to be remembered. (Image: Alchetron)

These good players may seem intimidating at first. Their bankrolls may seem very deep; their aggression well-honed and always at the ready. They will often project confidence and have an ease about them that may be unsettling to you.

In the past, your strategy for dealing with these types of players was one of avoidance. You looked for soft games without too many of their ilk to compete against. If you couldn’t avoid them at your table, you tended to stay away from them in a hand – avoiding pots they entered unless you were loaded.

This strategy has served you well, as you have done very in the entry-level games you’ve been in. But those stakes have had a limiting effect on your ability to make money. The rake, as a percentage of your winnings, is really starting to hurt your ability to make a decent profit.

So now, you’re taking the step up to the next level, where the rake is generally a smaller percentage of the pot, even if it means doing battle with the players you’ve generally avoided in the past.

While their appearance at the table may make you at least somewhat nervous or unsettled, the fact is, these players will also likely have certain traits that you can learn to exploit.

Good players have many traits, of course, and they surely fall into different categories. Some might be called loose-aggressive players (LAGs); others tight-aggressive players (TAGs). Still, others straddle those two categories and are tricky and hard to read. Even so, all of these players generally share a few noticeable traits. I focus on these five:

Good players tend to initiate and push the action by betting, raising, and re-raising in situations when lesser players might just check or call.

Good players notice and remember the play of others. They then use those observations to form and execute a plan of action.

Good players usually make the strategically correct action without letting their emotions get involved. They can be relied upon to make rational decisions about what the correct line of play is.

Good players are able to strategically back away from a fight if they think they’re in a dangerous situation, even if they initiated it. They can bet and then fold, or raise and then fold if that’s what they think is called for.

How to Exploit These Traits

These traits have served the good players well, and they’ll do the same for you if you develop the habits and traits of a good player. For now, however, as a rising player new to their arena, these traits can be exploited if you deal with them correctly. Below is a checklist of ways in which you may use these good players’ strengths against them for your own advantage.

Stop making assumptions about who the good players are just based on your first impressions. Those impressions may be formed by many things that aren’t connected to the true skill of an opponent. Don’t get stuck on the deftness of their chip handling, the sharpness of their patter, the flashiness of their attire, or their familiarity with the dealers and other players. Many regular players have little skill and there are many losers who play daily.

Rather than focusing on the obvious, look to patterns and habits of play that indicate your opponents are actually skilled. Are they attentive to others? Are they regularly and situationally aggressive? Can they make strategic folds even after they’ve initiated action? Do they appear to consider situations they are in, and play logically and strategically as opposed to playing on autopilot? Do they seem to avoid tilt, even when they suffer bad beats or long losing streaks?

Don’t be fooled by superficial traits. Observe who the truly good players are and remember them.

Don’t worry about looking better than your opponents

You’re developing your skills and you’re competitive. You may even b eager to test yourself by going up against the best players, showing your skills,  and being recognized for winning.

In general, your best approach isn’t to go at their strength directly.

You’re not looking to be recognized as more aggressive, more clever, or more tricky than your opponents are. Instead, you want to use their traits against them by taking advantage of their tendency to take shots at you and their confidence in reading you. Don’t worry about being recognized for what you are doing.

When your session is through, if you’ve succeeded in your mission, you probably won’t have the satisfaction of being thought of as the “better player.” Instead, your opponents will probably think that they played very well against you. But, you’ll take a piece of their bankroll, and that’s your goal.

Appear opposite of your true nature

As you improve, you’ll develop into a thoughtful, clever player, who can vary their game to suit various situations. But, you’ll likely be more successful by appearing to be a generally passive, tight, and timid player.

You do this by narrowing your preflop raising range, broadening your calling range to include many of your raising hands, and largely jettisoning your bluffing hands. By doing this, you’ll get rid of the typically buoyant, happy-go-lucky, chatty, persona you cultivated in the low-stakes game where you deliberately tried to liven things up and put people into a happy, gambling mood.

Here you will be serious, maybe even dour, and most of all quiet. You will come off as simple, straightforward, and easy to read, even though you’re not.

Let them outplay themselves

By letting your opponents misinterpret who you really are at the table, you’ll be better able to get them to make incorrect plays against you. Then, they’ll compound their mistakes by relying on the traits that make them good players in their own right.

To good players, your quiet, passive image will indicate that you must have a strong hand when you’re aggressive. Your opponents will congratulate themselves on spotting this in you, and on being able to take advantage of it by folding. Use this image to steal pots from them, but only occasionally, as you don’t want to change your generally timid image.

When you’re in a hand and not being the aggressor, your opponents will likely assume you’re on a big draw. This will encourage them to continue bluffs for too long, betting aggressively to knock you off your apparent drawing hand. Let them donk off their entire stack to you before they realize their mistake.

When stepping up in stakes, plan on a short session. Good players will figure you out after a while and won’t be fooled indefinitely. They’ll recognize you for the skilled player you are and take countermeasures – adjusting by becoming more appropriately aggressive and careful. Don’t give them time to do that. Keep your sessions to an hour or two, and keep them guessing until you leave and are quickly forgotten.

Your tight and timid style will be well-suited to a short bankroll. You want to be able to call along, take chances, and be selectively aggressive without putting a large amount of money at risk. You can do this with a short buy-in.

It need not be the minimum, but consider, for example, buying in for $600 or so in a $2/5 game with an $800 or $1000 maximum. Consider $400 in a $500 max game. It will make the stakes of the bigger game less daunting and it will help you free up some of your aggression by not having to fear that a larger stack will be at risk.

The key to successfully moving up in stakes is not to be worried about looking better than the good players who are already in the bigger game. Stay below the radar and be thought of as a dull, timid, weak player who’s easy to read.

When you leave the game, your opponents may think that you’re going home early to protect your lucky wins. Let them think that and smile inwardly at your success.