On the heels of streaming World Series of Poker events all summer long, PokerGo has announced its next big lineup. The inaugural Poker Masters, a week-long series of high-stakes poker tournaments, will play out in Las Vegas this September and be livestreamed worldwide. 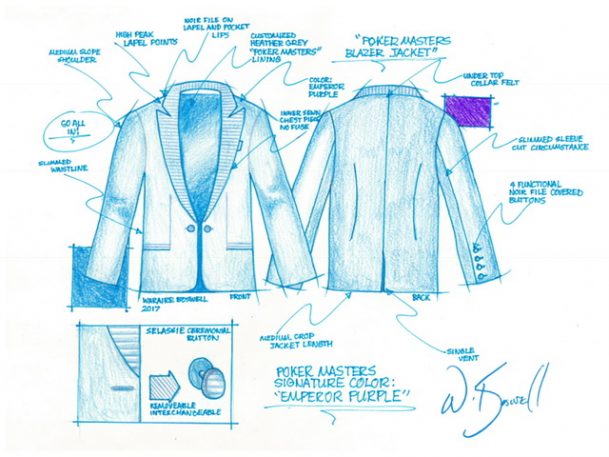 Unlike Poker Central’s Super High Roller Bowl, there will be no cap on the number of players who can enter the tournaments. On the flip side, the SHRB’s 30-second shot clock and three 60-second time banks per day will be in effect.

There will also be no rake in the $100,000 tournament, and any player that plays all five events will get a pass on paying juice (though late entries and re-entries are subject to paying rake). A dress code will also be enforced with participants required to dress business casual. Headphones and sunglasses will also prohibited.

Essentially Poker Central and Aria are taking their popular “High Roller” series and putting it on television. Cary Katz, the accomplished poker pro and brains behind Poker Central, introduced one-day weekend High Rollers events a couple years ago, and they’ve proven to be popular among top poker professionals.

Tom Marchese, Brian Rast, and Dan Colman are just a few of the players who’ve won Aria High Roller titles. Likewise, Fedor Holz captured back-to-back titles at the end of May for $748,260.

“We have hosted a number of successful high-stakes tournaments at Aria and are looking forward to our upcoming Poker Masters event this fall,” said Sean McCormack, Aria’s director of poker operations. “Poker Central has been a great partner over the years while leading the industry in the production of poker events worldwide.”

Each Poker Masters event will have both a featured table and the final table streamed live on a 30-minute delay on the subscription-based PokerGo from September 13-20.

In golf, the winner of Augusta’s famed Masters tournament is awarded a green jacket. The prize add-on is one of the most iconic pieces of clothing in all of sports. The previous year’s winner will pass the torch by putting the green jacket on the new champion. It’s a tradition that dates back to 1949, and apparently, Poker Central hopes to adapt the ritual to poker.

Whoever finishes as the highest earner after all five Poker Masters events will not only take home a boatload of cash, but will also be awarded the inaugural “Poker Masters Purple Jacket,” designed and tailored by Waraire Boswell. For those into fashion design, you may know Boswell as the man who has dressed A-list celebrities such as Will Smith, Ellen DeGeneres, and LeBron James.

Some poker fans scoffed at the idea of a purple jacket, one even questioning whether or not a modified jacket would be awarded if a woman were to win. On the other hand, the jacket idea had a number of supporters including poker pro and 2016 SHRPO champ Jason Koon.

“The Poker Masters is such an exciting concept,” Koon said. “Some of the best players in the world will be spending a week battling in non-stop high roller events. It’s going to be intense, very draining and a hell of a lot of fun. I’ve always liked purple. Hopefully, I’ll be putting on the first jacket.”

Only time will tell if the Poker Masters adopts other customs associated with the green jacket, such as winners being allowed to take it home for a year but then being required to leave them at the club. We must admit, there’s actually some appeal to a former champ walking into the Aria, donning his purple jacket, and strutting about like a high roller boss.