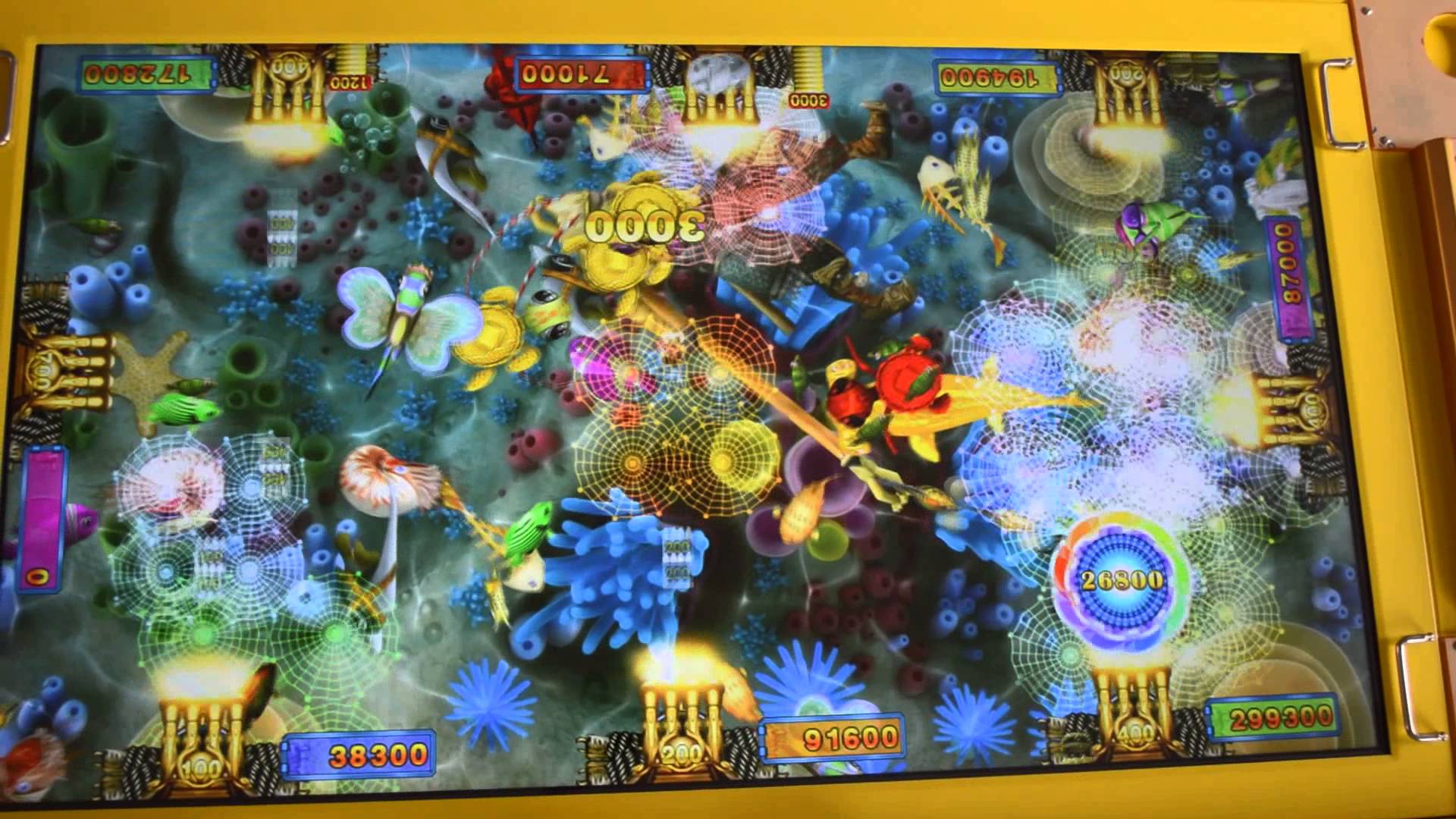 Fish games like this one are proliferating throughout North Carolina, igniting a debate over whether they are illegal gambling or legal games of skill. (Image: YouTube/Wangdong Game)

Over the past 18 months, fish game arcades have exploded in popularity throughout North Carolina, where most forms of gambling are illegal outside of a state lottery and Cherokee casino. Operators say that they are offering a game of skill that is legal under state law, while many officials say the machines are just another illegal attempt to skirt gambling prohibitions.

With titles like “Fish Hunter” and “Ocean King,” the fish games aren’t brand new. A report by Waypoint documented raids on arcades offering these titles in states like California and Hawaii dating back to 2014.

The games are presented on a large table, where fish and other sea creatures swim across a glass screen. Players can sit at six to eight stations around the machine, each of which has a joystick and a shoot button.

The object is to shoot and kill fish in order to win points, which can be redeemed for cash or used as more credits to continue playing the game. Players pay for each shot they take, and by spending more money, they can increase the power of their attacks. According to the Waypoint report, maximum shot costs can be as high as $5 each.

The games feature arcade game features, like special mini-games that are triggered by killing certain creatures. Valuable targets like whales might take many shots to kill, with only the player who lands the final shot earning the points.

Those high-value targets present the possibility of winning big money. That, in turn, gets players to pay lots to play, meaning significant revenue for operators who have opened the adult-only arcades that offer the games in North Carolina. The Charlotte Observer cited employees and police investigators as saying that some of the larger arcades in the state can collect $50,000 or more in revenue each week.

While that might sound something like a mini-casino, operators maintain that they are offering a skill game. Lawyer Jonathan Trapp, who represents the operator of two former arcades in Greensboro, told the Observer that the games require strategy and experience to play well.

“You have to have a feel for it,” Trapp said. “You have to figure out how the table is running.”

Many local officials see the situation differently. State Senator Andy Wells (R-Hickory) says there are now 27 fish game arcades in his hometown, more than the number of McDonald’s in the city. There is no official count of how many locations are active in North Carolina as a whole.

“There’s just been no enforcement,” Wells told the Observer. “They go where the people don’t have a lot of money. They’re preying on the weakest among us.”

The arcades have also attracted criminal attention. On Friday, police say two armed individuals robbed the Aquarium Skill Fish Games in Hickory, with a security guard firing shots at the masked suspects as they drove away. It was the third robbery of a fish game arcade in Hickory alone in the course of a month.

Police say that while they suspect these arcades constitute illegal gambling, they’re not sure the rest of the legal system will agree – meaning it’s up to lawmakers to give them better guidance.

“The state legislature created this mess and they need to fix it,” Concord Police Chief Gary Gacek told the Observer. “The law is clear as mud.”

Lol…one day, NC will wake up…

Hello, some electronic games stimulate logical reasoning and quick thinking, stimulating areas of the brain that are not normally used. Certain electronic games also stimulate teamwork, as they need tasks where success is achieved through mutual work. Sadly, some people end up spending more than they need to and are individuating even the money they do not have. I hope my friends in North Carolina have the privilege of enjoying online poker in the near future and that everyone will enjoy it wisely because I downloaded this fish game and played it, and only in a place with no gaming option could I spend my money with that game, other than that, it would never cost. My opinion. Good luck to all of us.