A survivor of the Oct. 1 mass shooting in Las Vegas has filed a lawsuit against MGM Resorts, owner of Mandalay Bay, claiming the resort’s “negligence or gross negligence” played a key role in the harm she suffered. The hotel and casino giant tops a list of defendants that includes the concert promoter, a gun-part manufacturer, and shooter Stephen Paddock’s estate. 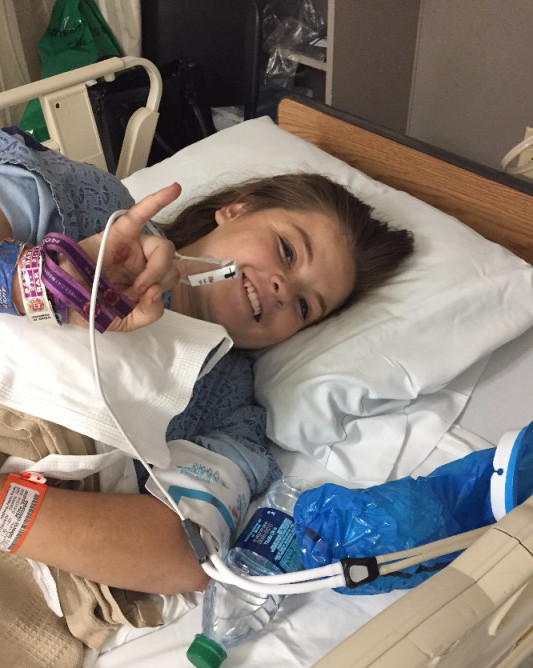 Paige Gasper, a 21-year-old California college student shot during the Route 91 Harvest Festival, is suing MGM Resorts for its role in failing to prevent the incident. (Image: GoFundMe)

In what is likely to be the first of many lawsuits to follow, 21-year-old California college student Paige Gasper, who was shot in the chest and is recovering at a Las Vegas hospital, alleges that MGM didn’t do enough to prevent the shooter from stockpiling weapons in his room, and that employees weren’t adequately trained to spot and report suspicious activity.

In Gasper’s case, one of the bullets fired from the gunman’s 32nd floor suite at Mandalay Bay shattered her ribs and lacerated her liver. After hitting the ground, she was trampled by other concertgoers fleeing the scene as bullets rained down on the country music festival attended by 22,000 people.

In addition to MGM Resorts, Gasper also named as defendants concert promoter Live Nation Group and Slide Fire Solutions, maker of the bump-stock devices Paddock used to transform his semi-automatic rifles into more rapid-fire weapons, as well as Paddock’s estate. The lawsuit also leaves space for some so far undetermined security companies and gun stores to be added to the list.

Gasper is seeking damages in an amount to be determined later in court. She is suing MGM for negligence and gross negligence, and claiming damages as current and future medical expenses, lost potential income, and emotional distress among other harms. At this point she is seeking punitive damages only against Slide Fire Solutions, but that could change as the case progresses.

Gasper’s friends set up a GoFundMe page hoping to raise $4,500 to help her family pay for travel and medical expenses, and the campaign reached its goal in fewer than six days.

MGM Resorts gave $3 million to a victim’s relief fund set up by Clark County Commissioner Steve Sisolak and Sheriff Joe Lombardo, with a stated aim of helping cover expenses for victims and their families, as well as any special needs of first responders and medical professionals affected by Paddock’s mayhem.

Gasper is the first shooting victim to file a lawsuit against MGM, but likely won’t be the last. A total of 58 concertgoers were killed during the incident and approximately 500 more were injured. Gasper’s suit sets a standard that the Las Vegas-based casino corporation will be atop the list of entities being blamed for the carnage.

As investigative authorities sort out facts that courts will use to determine fiscal liabilities, new details have emerged that raise questions about the Mandalay Bay’s ability to alert police about a shooting in a timely manner. Hotel representatives are disputing news from the Las Vegas Metro Police Department that challenges the original timeline of events related to the shooting.

Among them, Lombardo said earlier this week that Paddock had checked into the hotel on Sept. 25, not Sep. 28 as first reported, and that a security guard Jesus Campos had been shot by Paddock on the 32nd floor six minutes before he opened fire on the concert just across Las Vegas Blvd. from his perch at the Mandalay Bay.

The still disputed timeline raises questions about why it took the hotel so long, more than 20 minutes allegedly after was shot, to alert police and deploy a SWAT team to the shooter’s room.

“Out of respect for the victims, we are not going to try this case in the public domain, and we will give our response through the appropriate legal channels,” MGM Spokesperson Debra DeShong said in response to the lawsuit.

But she did say in a public statement on behalf of MGM Resorts that “many facts are still unverified” and that MGM Resorts believes “what is currently being expressed may not be accurate.”

It’s unclear if Campos didn’t immediately alert his fellow security staff that he had been shot and why a SWAT team didn’t arrive at Paddock’s door before he was able to unload so many rounds. The answers to those questions may have an impact on the outcome of Gasper’s lawsuit.

I knew it wouldn’t be long until MGM was sued, and I agree.