If you placed any side bets on the Montreal Nationals to win the Global Poker League title before the season began, go collect your money. The inaugural season of the GPL has now come to its conclusion, and the Nationals are at the mountain top. 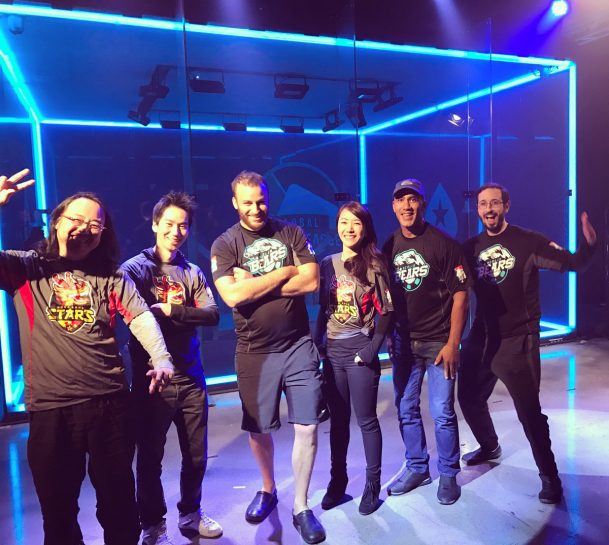 Global Poker League players (seen here: the Berlin Bears team) pose for a picture outside “The Cube,” before the Montreal Nationals claimed the league championship on Thursday in Las Vegas. (Image: pokerstrategy.com)

Montreal team manager Marc-Andre Ladouceur brought with him Pascal Lefrancois, Mike “Timex” McDonald, and Jason Lavallee. In a best-of-eleven match series, it went the distance. The two teams went back and forth, before Lefrancois busted Rast in the final game. No, there weren’t any riots in Montreal after the series concluded.

Team members of the Nationals will split a $100,000 bonus check for winning the first-ever Global Poker League championship. League founder Alex Dreyfus has long said this isn’t a one-and-done season. So expect Season Two to come back next year. No future schedules or rosters have been announced as yet, though.

The first GPL season had its ups and downs. It began in February with many questioning if the league could even last. And there are still those who don’t believe the GPL has a long-term future.

Before the first matches of the season, most had no idea what to expect. When the matches began on Twitch, many felt they were watching random online poker sit ‘n go tournaments and heads-up matches.

But there were also those who enjoyed seeing poker become “sportified,” as GPL founder Alex Dreyfuss has termed it. Thousands of poker fans watched the league draft on Twitch. Many of the best players in the world were drafted to represent 12 teams over two conferences (GPL Americas and GPL Eurasia).

Online poker pro Griffin Benger made headlines when he tangled with William Kassouf during ESPN’s 2016 WSOP Main Event coverage. He went on to make the final table. Before that, the Canadian was a lead commentator for the GPL throughout the first season.

To prepare for the final table, Benger stepped aside from his broadcasting duties. But his presence in the games was good publicity for the GPL, a league that has some work to do if it wants to stay in business long-term.