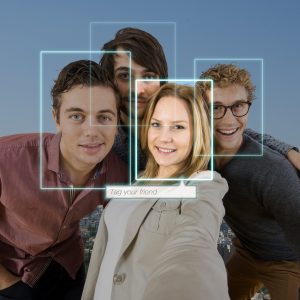 When FindFace launched in Russia back in March 2016, it quickly gained a reputation for accuracy among social media users.

Claiming a 70 percent hit rate, the app allowed users to scan someone’s face (i.e. take a photo of them) and discover personal details about them such as their age, hometown and profession.

The software compares the photo’s attributes to a database of 200 million profiles on Russian social media site, Vkontakte.

After finding the person/s it believes looks most like the photo, the software will collate as much publicly available information as possible.

Within two months of launching, FindFace had 500,000 registered users and had logged more than three million searches. Off the back of this success, FindFace Cloud API has been launched for businesses.

Essentially a more powerful version of the consumer product, the FindFace Cloud API connects with a company’s preexisting database to pick out people who are deemed a potential threat. With over 100 companies already testing the product, Russian casino operator Diamond Fortune is now harnessing its capabilities.

In a bid to improve its detection of known cheaters and criminals, the software will scan the casino floor with the help of CCTV and pick out any faces it recognizes from the venue’s database. The main reason the software is being hailed as a potential game-changer is its ability to work in low-light.

Casinos are often poorly lit and that often makes it difficult for security teams to spot potential criminals. However, the FindFace API is able to work just as effectively in low-light as it does in daylight, which means it should achieve a higher strike rate than the human eye.

In addition to capturing the bad guys, the software will also be used to monitor the habits of high-volume players. Being able to recognize the same player again and again and then cross-referencing this with their spending habits will allow the casino to target them with better offers.

By offering players a more personal service, the casino group believes it can foster stronger relationships and, in turn, generate more revenue from high rollers. If this strategy proves to be effective then it could certainly be used in other countries such as the US.

With Vegas casinos often seeing thousands of people walk through the door on a daily basis, it would certainly be in a venue’s best interest to use a system that could recognize the most frequent visitors.

This is awesome software. Reminds me of patrol cars that can scan 400 license plates a minute.