PKR has been forced to shut down its online poker operation after running into financial difficulties, according to a message on the site’s homepage. 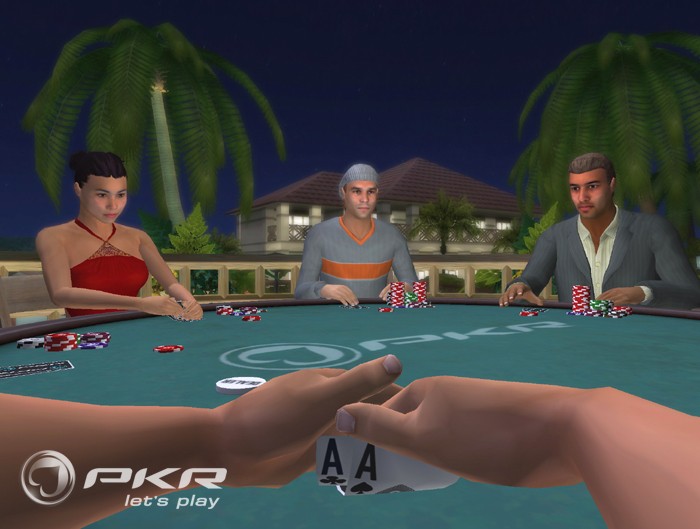 The extent of PKR’s money troubles at this point are not clear, but a note that greeted players attempting to login on May 3 disclosed that the company was “taking professional advice” about recent financial difficulties.

PKR offered further information on May 5 about its current state and how it plans to proceed in the coming days. The update appeared all too familiar to poker players who have seen past sites come and go.

“Further to earlier announcements, PKR limited (sic) and PKR Technologies Ltd have filed applications to Court for Administration orders, which will be heard in the week commencing 8th May 2017. Further information will be placed on this website following the hearings. This information will include contact details for players and creditors to address queries and details of the process,” the message stated.

Administration is a judicial proceeding in the UK similar to Chapter 11 bankruptcy in the US.

PKR never was one of the biggest poker sites, but over the years they developed a loyal fan base. When the site first launched in 2006, it boasted one of the only functional 3D poker interfaces, and also prided itself on its independent network of players. Despite having lower volumes of traffic than many of its more famous peers, PKR established a strong community of players, mostly in Europe.

As poker and online poker continued to change, however, PKR attempted to adapt by launching an alternative 2D platform. This would be followed by a move to the Microgaming Poker Network in February 2016, where the site hoped it could combat declining player numbers and rebuild its community database.

This big shift, however, even with a new 2D version of the site, failed to help PKR connect substantially with more players. And for those it did bring onto its platform, games got tougher as the number of original PKR players dwindled.

Along with PKR’s public statements about the site going offline, Microgaming commented about the shutdown in a blog post on Friday. The announcement explained that the network had suspended deposits, withdrawals, and money transfers related to PKR on Wednesday.

Microgaming also confirmed that PKR had given assurances that player funds had been safely segregated from operational funds. However, Microgaming reminded players that they never handled player funds, and segregated accounts did not mean players should expect money to be returned immediately.

But it now seems PKR will not be able to recover. At this stage, Microgaming doesn’t have any additional information, but it has reassured players that it is on top of the situation and will update the community when it knows more.

“Following a request from PKR on Wednesday 3 May 2017 at 17:32, Microgaming suspended gameplay on PKR.com. Microgaming is aware that their games remain offline and players are speculating about the reason for this. As soon as Microgaming has more information on the situation, it will be shared as soon as possible,” read Microgaming’s statement.

If PKR is gone forever, the European poker scene will have lost one of its most iconic online brands from the early days of the poker boom. Although the 3D poker experience wasn’t for everyone, it did offer something different for casual players and, given that more sites are now pushing the recreational poker angle, it may be remembered as a site that suffered from being ahead of its time.

I loved playing at PKR, from 2007 until Monday of this week. Not just the 3D but the graphics in general were beautiful, and the emphasis on fun in the early days, with the range of emotes, the food and drink, the show one card feature, all making it a unique and relaxing experience. The soft opposition was great too!
But I think the people behind PKR were always complacent. 3D graphics is really just a gimmick (most players multi-table anyway). For me they never worked hard enough to attract the numbers they needed. Going with Microgaming always seemed like a last roll of the dice, and the early, genuine enthusiasm for the relaunch soon faded, and it became clear for the last several months that they had given up – technical issues, lack of feedback to customers, the writing was on the wall, sadly.
Just when my results were picking up too, dammit!

Sad to hear. Many people struggle in life. A lot of attention is given to winners.