Finalists Named for Poker Hall of Fame, Ivey and Eskandani Added to List of Hopefuls

Officials from the World Series of Poker have announced the finalists for its 2017 Hall of Fame inductions, and Phil Ivey stands out as a strong first-ballot contender.

Mori Eskandani (left) and Phil Ivey (right) helped show the world what high-stakes poker looked like, and both are first-time nominees for induction into the Poker Hall of Fame. (Images: All In Magazine, YouTube)

The nomination process got underway in June, and a panel of experts has received a shortlist of ten fan favorites, from whom they will pick one or two winners. Public voting asked poker fans from around the world to nominate one player or industry member who was worthy of a place alongside 52 of the game’s leading figures throughout history.

Following a set of criteria for Hall of Fame consideration, all nominees must be at least 40, have played for high stakes, and have achieved a certain level of notoriety among top pros. The ten names to make this year’s list, in alphabetical order: 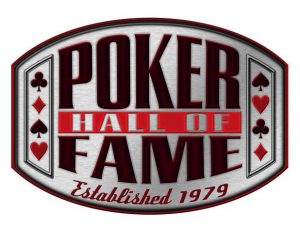 Best of the Rest

Although Eskandani and Ivey look promising for 2017 induction, a few others could also make a case for being frontrunners:

David Ulliott: Also known as the Devilfish, Ulliott was not only one of Europe’s top earning tournament players prior to his death in 2015, but also he was one of the most charismatic. Never short of needle or song, Ulliott was always showed us how a brash Brit can play and entertain.

Mike Matusow: If personality were the sole voting criterion, Matusow would already be a Hall of Famer. Undoubtedly responsible for making TV poker entertaining in the early noughties, Matusow would certainly liven up the induction ceremony.

Matt Savage: Aside from helping to ensure WSOP, WPT, and other high profile tournaments run smoothly, Savage has been instrumental in standardizing tournament rules around the world. The founder of the Tournament Directors Association, Savage’s influence on the game is unquestionable.

Two of the 10 nominees are newcomers. Player and TV producer Eskandani may have earned only $563,442 in live tournaments (“only” by HOF standards), but perhaps more significant to the poker community, he also is responsible for creating some of the biggest poker shows on TV. He and his company, Poker PROductions, have been the creative cameras behind High Stakes Poker, Poker After Dark, the National Heads-Up Poker Championship, and WSOP broadcasts on ESPN since 2011.

An earlier pioneer in poker-boom TV, Eskandani partnered with Henry Orenstein, inventor of the hole-card cam (and 2008 HOF inductee), to create Poker Superstars. It was one of the first non-WSOP or WPT shows to highlight high-stakes poker action as poker was growing in popularity across the world.

Eskandani’s vision for televised poker transformed the game, turning it into a spectacle that people want to watch as well as play. And if there’s a player who has emerged as a winner from the TV landscape Eskandani created, it’s Phil Ivey.

A regular on Eskandani’s shows, Ivey quickly became known around the world as the unshakeable highest-stakes player who could face off against venerable old cowboys and hotshot young internet kids alike.

Ivey recently turned 40, which means this is his first year of eligibility. Pros and fans alike have long called him the greatest living all-round player in the world, with only Daniel Negreanu, inducted in the Hall of Fame in 2014, having the stats to contend otherwise.

Ivey’s reputation as one of biggest cash game players and one of the most successful tournament players in history precedes him as a Hall of Fame frontrunner. His record includes $24 million in live tournament results, 10 WSOP bracelets, and incalculable online and cash game winnings. By objective measure, he’s a poker prodigy, like Stu Ungar but with fewer demons. (Unger was elected to the Hall posthumously in 2001.)

With the fate of the ten nominees now in the hands of the 27 living HOF members and an 18-person media panel, these two newbies could edge out others who have for a longer time been waiting to be considered.

However, with the other eight nominees also having strong cases for inclusion, it will be wait-and-see for voting to determine who will be the 2017 inductees.

Results will be announced at a ceremony at the Rio in Las Vegas on July 21.