As Formula 1’s Russian Grand Prix entered its final lap this past weekend, Daniel Dohotaru, a Romanian F1 fan, thought he was a lock to win a PokerStars prize package to play in the upcoming European Poker Tour (EPT) in Prague. But he could only watch in horror as race shenanigans conspired to rob him of his win. 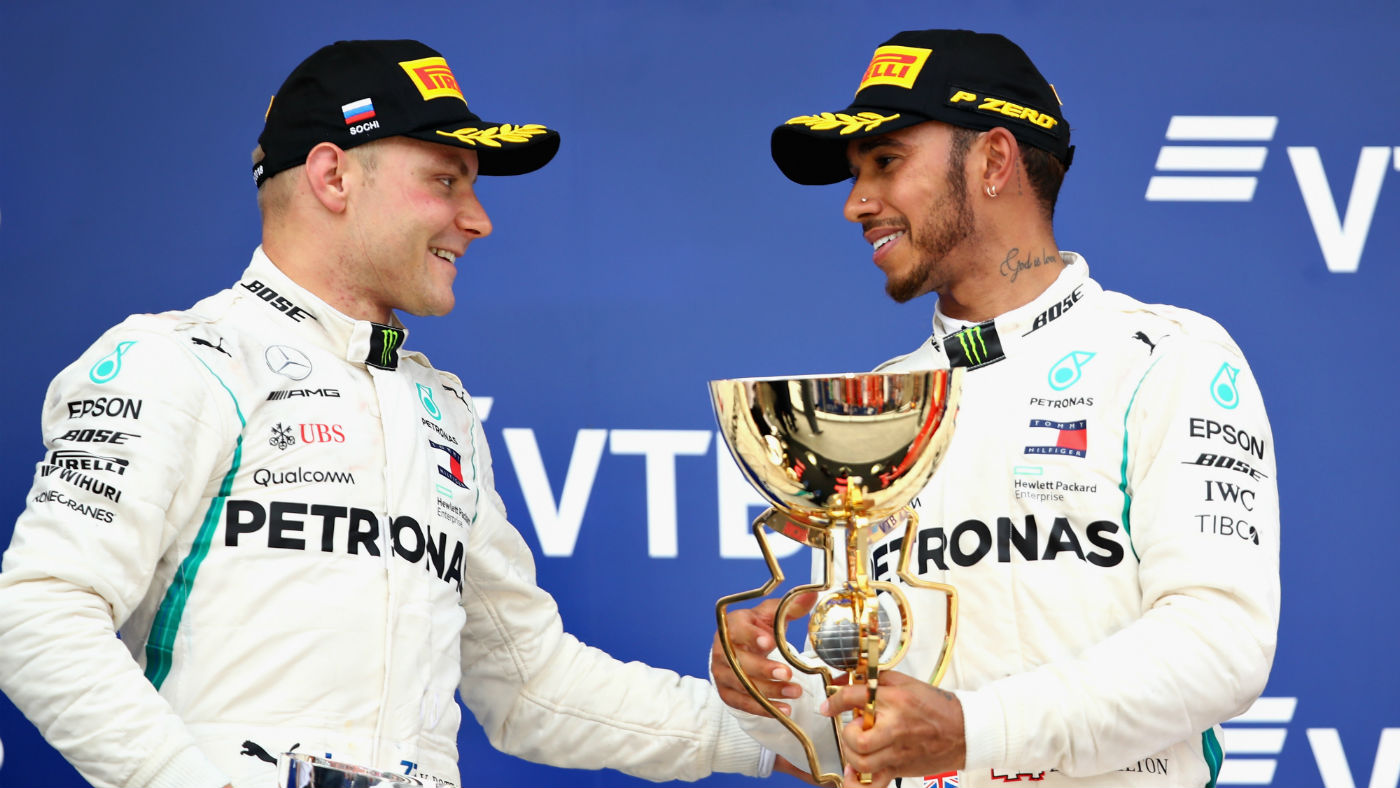 Lewis Hamilton’s victory at the Russian Grand Prix appeared to have robbed a race fan of an $8,200 EPT prize package. (Image: The Week UK)

Hundreds of people paid $2 to take part in a promotion being put on by PokerStars and BetStars, called The Big Race. Entrants were randomly assigned a driver, and if their driver won the race, their two bucks would be turned into a €7,200 ($8,200) prize package to play in EPT Prague in December.

Entering the final lap of the race, Dohotaru’s driver, Valterri Bottas, was leading the race and on course to take the checkered flag in Russia.

But suddenly, team orders came down from the top. Mercedes brass made the radio call to Bottas, ordering him to move over and allow teammate Lewis Hamilton to take the lead and the victory. Hamilton is leading the driver’s championship, and another win would all but secure the title, meaning a Bottas victory was not in the team’s best interests.

Such race antics are common in F1, something Dohotaru was all too well aware of going in.

“I was really excited when Bottas had pole position and then, when I read what might happen, not so much”, the poker enthusiast from Bucharest told The Express.

Hamilton’s win meant that Roberta Ban was instead the lucky winner of the promotion, so she’ll be jetting off to Prague in December to test her luck at the poker tables.

From Bad Beat to Good Karma?

With his man finishing in second place, Dohoratu assumed he was out of luck. But, perhaps taking pity on him, or perhaps realizing that the result wasn’t exactly fair and recognizing an opportunity to restock some corporate karma points, PokerStar and BetStars pulled something of a surprise switch themselves.

The poker and betting operators decided that they would award a second prize package to Dohotaru, the robbed Romanian race fan.

“I was hoping they would allow the race to play out, but it wasn’t to be,” Dodoratu told The Express. “My wife was so disappointed, and PokerStars gets in touch telling me that even though my driver came in second, I will also receive a PokerStars EPT Prague package.”

The two poker amateurs now have the chance of a lifetime to turn their two dollar investment into life-changing money.

Now that is a really positive gesture on behalf of pokerstars and bet stars who clearly considers their position and thought they could get some serious kudos out of a formula one racing situation that many see as unfair but when one considers the team effort, ought to consider the bigger picture… just like stars have done…. and to their absolute credit. As for the prize, this is a truly outstanding opportuntiy for our two friends who will get the chance in the big stage….no doubt wearing stars promo kit and badges at the same time!