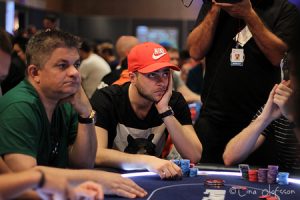 Famous for their marauding ways, it appears that Norway’s government has now integrated this Viking ethos into its modern government, and now takes others’ money the easy way: by taxing it, heavily.

Mind you, Norway is the fourth-richest country in the world; that’s based on gross domestic product per capita. But it could just as easily be based on the amount its taxman is trying to cream off poor Felix Stephensen now.

The Norwegian national will have to give up just over half of the $5,147,911 he won as the WSOP Main Event runner-up this year, thanks to the country’s brutal income tax laws.

Even more galling for Stephensen is the fact that he currently lives in London, where gamblers enjoy their winnings completely tax-free.

Worse still, he’s been living there for the past two-and-a-half years; had he moved to the UK six months earlier, he would have surpassed the three-year tax threshold for Norwegian ex-pats and wouldn’t have to cough up a bean to anybody.

Norway has an income tax treaty with the United States, which means the IRS is happy to let him leave the country with his winnings untouched. This, then, is Stephensen’s dilemma in a nutshell: would you accept $2.7 million to never return to the country of your birth?

A similar situation befell the Dane, 2008 WSOP Champion Peter Eastgate. Having won $9 million, Eastgate was presented with a potential $6.6 million tax bill from the Danish government. That was made up of a 45 percent tax on winnings up to $520,000 and 75 percent on the rest.

After reaching the Main Event final table, Eastgate moved to London in order to safeguard his future winnings, a transition that was made easier by the introduction that year of the three-month break between the core of the tournament and the final table. While he may well have honored his fiscal responsibilities to the Danish government, and he seems like the kind of guy who would, Eastgate still resides in London, as do many Scandinavian poker players, including the new champion, Martin Jacobson.

Trond Erik Andersen is a Norwegian tax expert, so presumably knows best what lies ahead for poor Stephensen.

“Poker prizes are specifically mentioned in the ABC of tax regulations,” he told Finansavisen Magazine. “It says that individual prizes of more than 1,000 kroner ($150) are eligible for tax, but there are possibilities to deduct expenses, like starting fees, that relate directly to poker tournaments.”

Andersen explained that the average Norwegian would be taxed at 27 percent, but because Stephensen is registered as a professional poker player he is required to pay the higher, self-employed rate.

“For a professional poker player there will be surtax plus the self-employed person’s social security contribution, in addition to the 27 percent,” he said. “His income will be taxed at 50.4 percent. Like all self-employed people, he will get deductions for expenses related to poker playing.”

Please don’t let the UK government read this. I’m hoping the new tax on poker site operators is not the thin edge of the wedge as far as taxing players goes. I can’t believe anyone would play in the countries that tax your winnings, but don’t let you offset your losses at least.

I’ve mentioned to my dad that some countries tax a hefty percentage of poker winnings and he went “So they should”. Of course, when I asked him to logically explain the reason behind it he comes up with no answer. Poker players ALL pay to play. We call that rake. Tax the poker rooms, not us. And make it something realistic, so when the inevitable increase in rake does come it is still beatable 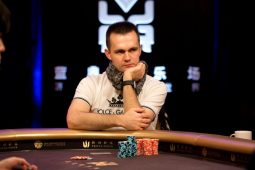 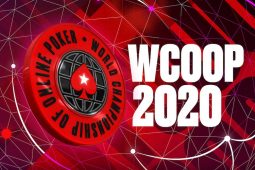