Federal authorities have accused the owner of a used car dealership in Beaumont, Texas, of running a multimillion-dollar illegal sports betting enterprise. 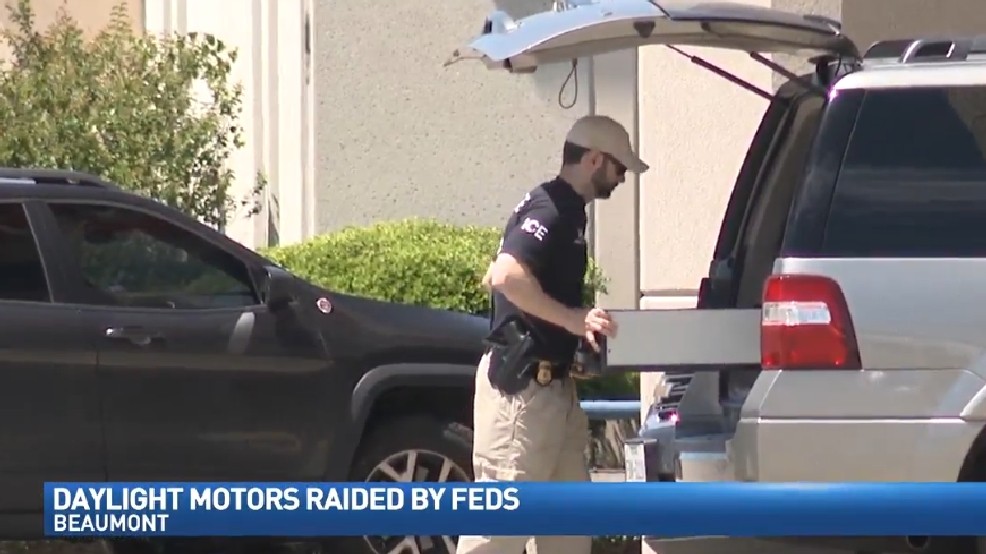 Attorneys for the IRS and Department of Homeland Security unsealed an affidavit in support of civil forfeiture on Tuesday, as they seized nearly $6 million of property belonging to Larry Tillery, owner of Daylight Motors. The confiscated assets include his car dealership, six houses, and two other commercial properties in Texas and Arizona.

In addition to allegedly running an illegal sports betting business, Tillery is also suspected of money laundering and tax evasion, according to the affidavit. Tillery’s wife, son, and daughter also were named in the complaint. But no criminal charges have yet been filed.

Homeland Security filed an affidavit with the Eastern District of Texas to grant the seizure on April 5. It was not until this week that Immigration and Customs Enforcement raided his properties.

Civil libertarians have condemned the practice of civil forfeiture that allows the government to seize assets without criminal charges being filed. Though increasingly popular with law enforcement agencies, many say it violates the Fourth Amendment regarding unreasonable search and seizure. They also claim that some police departments have used the tactic as a moneymaking enterprise.

Two poker players were ensnared in such a case after Iowa state troopers pulled over their vehicle in 2013. The players claimed the $100,000 in the car was their poker bankrolls. It took two years and $30,000 in legal fees to convince a judge that there was nothing criminal going on and therefore they were entitled to get their money returned.

Tillery first attracted the attention of the IRS three years ago when they investigated gambling losses on his 2013 tax return. He allegedly claimed gambling income of $11.9 million and gambling expenses of $11.1 million. But further investigation found bank records showing $26.7 million of income, with $13.9 million paid to casinos, for a $12.8 million difference instead of the $800,000 of gambling profits claimed.

With the IRS looking into possible bookmaking and money laundering, Homeland Security joined the probe, using wiretaps and informants. In February, surveillance picked up a phone conversation with Tillery informing someone he was going to make a “payoff.” Authorities pulled him over and found $230,000 in cash, which they confiscated.

Additional evidence against Tillery and his family came from an undercover agent who placed bets through Tillery’s website, luckyducksports.com. As of press time, the luckyducksports website still appeared to be operative, with an active phone number answered by a man seeking the caller’s member ID.