If Fedor Holz showed up at the World Series of Poker this summer, he was pretty stealth about it, and he certainly didn’t cash in any events. Instead, he opted to spend his time back in Vienna, working on his Primed Mind personal and poker coaching business. 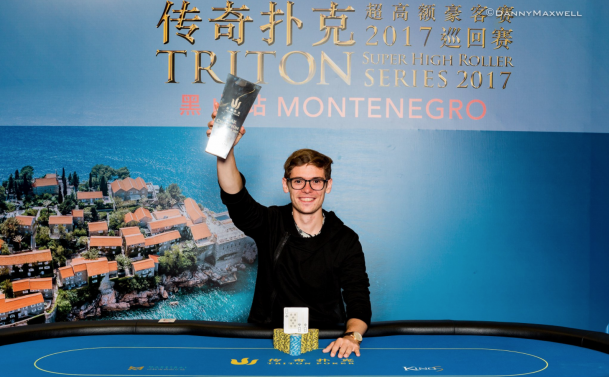 The Super High Roller drew 41 entries, including big deals like Paul Phua, David Peters, and Sam Trickett. In the end, the title came down to Holz and a relatively unknown Chinese player, Su Hao.

The heads-up battle saw the chip lead change hands several times, and at one point, Holz was down to just 400,000 in his stacks. He managed a double to even things up and then pulled out to a lead of his own.

Hao tanked for two minutes before calling to see the 10♦ river, which he checked. Holz bet 325,000, and Hao took five minutes before making the call. Holz tabled the K♣3♣ for two pair and Hao mucked, leaving himself with just 225,000 in chips.

“Hao played pretty well,” Holz told reporters after his win. “Someone told me that he has not played much, but I thought that he played very well and it took quite a long time to finish him off, I was positively surprised.”

Fedor Holz, who was edged out by David Peters last-minute as the 2016 GPI Player of the Year, will now turn his attention back to Primed Mind, which offers interactive mindset coaching. Holz currently serves as co-founder and CEO, often vlogging about motivation, startup-life, travel, and finding inspiration.

Best in the World?

The win was a nice summer bookend for Holz, who towards the end of May, won back-to-back Aria Super High Roller events for $330,660 and $417,600, respectively. To put his summer (and his skill level) in perspective, he won nearly $1.2 million without playing a WSOP event.

Of course, that doesn’t take into account the young German’s online successes, where he plays under the screenname “CrownUpGuy.” In 2014, Holz bested a field of 2,142 players to win the PokerStars WCOOP Main Event for $1.3 million. Last year, he also finished runner-up in the WCOOP Super High Roller for $1,067,639. All that in his early 20s and more than a decade away from Poker Hall of Fame eligibility.

It begs the question, is Fedor Holz likely to become the best poker player in the world? It certainly seems possible.