Something odd happened in the $102,000 buyin 2016 PokerStars WCOOP Super High Roller on Monday. Something so odd, you may not even believe it.

A high roller tournament took place with Fedor Holz in the field, and someone else was crowned champion. That person is a player who goes by the screen name of “bencb789.” 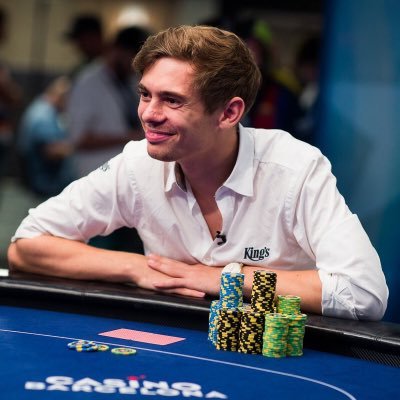 When Day Two began on Monday, there were six of the 28 original entrants left, and only three would be paid. Holz did the dirty work, busting two players early: Mikita “fish2013” Badziakouski and Isaac “philivey2694” Haxton. He got his money in as the underdog in both hands. As he does so often, he got there both times.

Haxton was the bubble boy, losing with top set when Fedor hit a flush that didn’t pair the board. This left “CrownUpGuy” Holz, “bencb789,” and Salman “salfshb” Behbehani to fight for the $2.8 million prize pool.

Behbehani entered Day Two with the chip lead, but not by much. He got a bit of luck to finish in the money. With play five-handed, “salfshb” ran into a cooler with kings versus aces, but rivered a straight to stay alive and eventually win $560,000.

Had Haxton’s set of 10s held up against Fedor’s flush draw, the tournament would have been four-handed, with each player being within striking range of the chip lead. Holz still would have held the lead, with just under 300,000 but all players would have been over 150,000. With Haxton eliminated, Holz had a commanding lead three-handed.

That huge advantage didn’t hold up for long, though. Behbehani got all his chips in pre-flop shortly after with ace-king and got stacked by the ace-queen of “bencb789”. With so much at stake and the blinds so high, a heads-up deal was made to ensure both players received at least $1 million.

Fedor’s recent seven-figure score wasn’t his first this summer. Nor was it his second or third. That’s right, the German poker pro has now won at least $1 million in four tournaments since June 1. Yes, four.

In between those seven-figure wins, Fedor picked up four other live tournament wins of at least $275,000. You could say it was a good summer for the 23-year old.