The Global Poker League’s Alex Dreyfus has come under fire, after Fedor Holz and two of his unidentified peers have questioned the entrepreneur’s accounting practices. 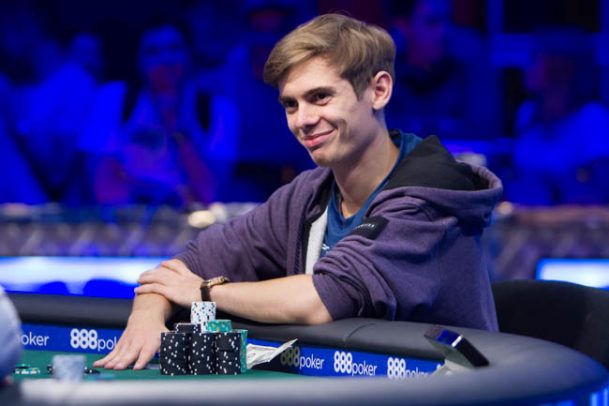 High stakes pro Fedor Holz, pictured here, has called out the GPL’s Alex Dreyfus for late repayment of a what was supposed to be just a $10,000 transfer of US funds. Two other players say Dreyfus did the same to them for another $20K. (Image: pokerlistings.com)

According to two forum posts, Holz and 2+2 forum members “ValueH” and “BBVisbadforme” (whose actual names are unknown) agreed to a short-term transfer of US dollars to Dreyfus for a combined $30,000 this summer from the three players during the World Series of Poker.

Dreyfus had reportedly told the high stakes players that he had reached his daily limits on transfers after spending $50,000 in just a few days on his new GPL studio setup. Because of this, he told them, he needed a banking go-around to get his hands on some US dollars to help tide him over until his limits refreshed, assuring all three that he would transfer them back their funds within a week.

One of the main expenses cited was the GPL Cube, which allows players to compete in a fully soundproof, highly innovative setting in front of both a live and online audience.

The three players expected to have their money returned in euros via a bank transfer within a few days.But after several weeks had passed, the players all say they realized when they sat down with their books that they still hadn’t received their cash from Dreyfus.

Holz said his reasons for discussing the incident in a public forum was not to “harm” Dreyfus, but to ensure that others are not similarly misled going forward.

“I think the above story is very questionable behavior as a serious entrepreneur and a showing of missing integrity,” Holz wrote on 2+2.

The incident has caused some to question the future of the GPL.

Back in 2015, the League secured a $4.9 million loan to help its mission to “sportify” poker (a term Dreyfus has coined) and some have asked why the CEO would need another $30,000 when he already has financial backers.

“Is it possible he has blown through all of the funding he has received to this date? If Alex is having financial issues already that is a bad sign. How does Alex and company actually think GPL will earn revenue? Does he still think people are going to pay to watch poker live?” asked 2+2 poster “greep.”

I know most people don’t read these articles, but this is scary. GPL can be very popular on twitch and other sites and if it’s already bankrupt then i don’t see poker having a sporty outlook which can be bad for tv other than the WSOP.