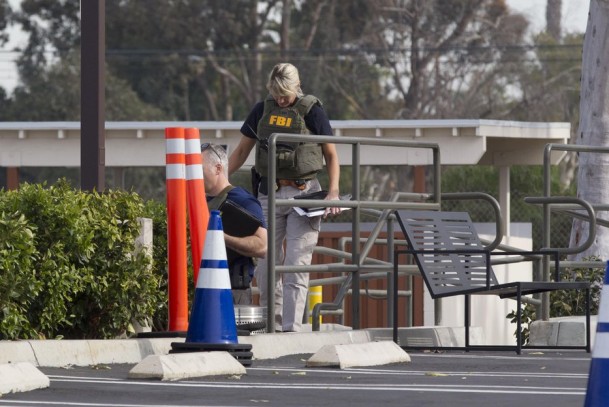 A bit la scene out of the movie Casino, the FBI on Wednesday raided two San Diego card rooms for what they claim was illegal gambling and money laundering activities that spread from coast to coast and across both US borders as well.

In all, 25 people were indicted after federal investigators spent two years seeking the truth.

According to the indictment, the accused were part of an alleged international gambling ring that earned $10 million on illegal sports betting and card games.

Sports betting is prohibited in the United States outside of Nevada, Oregon, Delaware, and Montana, but there are numerous cases over the years of bookmakers in other states.

An affidavit from FBI agents lists David “Fat Dave” Stroj as the alleged ring leader. Stroj is a well-known bookmaker allegedly connected to the Philadelphia Mafia, but lives in San Diego where the suspected crimes were committed.

The Palomar Card Club and Seven Mile Casino, both in the San Diego area, were ordered to close down immediately by the California Bureau of Gambling Control. No timetable has been set for their reopening.

Those casinos are accused of facilitating illegal gambling activity. According to prosecutors, gamblers indebted to Stroj wrote checks payable to the casinos. When customers needed to withdraw money, they allegedly cashed out at Palomar and Seven Mile via casino chips or cash.

The San Diego area currently has nine licensed poker rooms, and these are two of the most popular ones. The closures will likely lead to increased business for the remaining seven area card rooms.

Harvey Souza, the owner of Seven Mile, was part of the indictment. The casino released a statement on Instagram defending Souza and the business, promising to work with the state’s Bureau of Gambling Control and cooperate fully.

Popular Las Vegas Strip casinos Wynn and Bellagio were also mentioned in a statement by prosecutors, but were not included in the unsealed indictment.

Recorded conversations, according to prosecutors, gave them enough proof to press charges.

“Palomar is the best way I can wash the money,” Stroj allegedly said in a recorded conversation. “I don’t have to report it. I just deposit it at the Palomar, and there’s no problem for me.”

A lawyer for one of the co-defendant’s, Craig Kolk, an employee at a different local casino, told The San Diego Union-Tribune that he doesn’t think these arrests are a good use of government time.

“The FBI should be protecting us from terrorists, not from someone hoping to make an inside straight,” Warren said.

Arrests were made on 21 people around the country in connection with related crimes and both of the San Diego casinos were indicted as corporate entities.

the palomar club has existed on shaky legal ground for years . its paper ‘owners’ are absent , and have been for quite some time , in violation of the san diego city ordinances, which are actually almost puritan in attitude. (although san diego has a laid back beach image , its a conservative navy town run by developers , sports team owners and newspaper men who have bought and sold the local politicians ). still the action was great and the stakes were high ! is it a sad ending ? lets hope otherwise !