Who We Talked To in 2015: Exclusive Interviews with Poker Kings and Queens

Here at CardsChat.com, when it comes to our content, just think of us in terms of “The Most Interesting Man in the World” from those Dos Equis beer commercials. 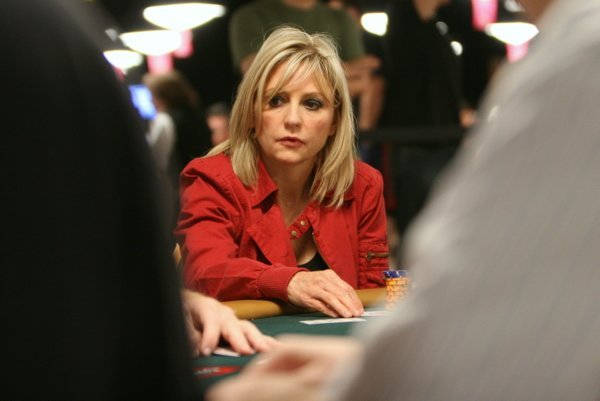 One of our favorite interviews of 2015 was with poker superstar Jennifer Harman, who discussed, among many topics, her fourth nomination to the Poker Hall of Fame and her passionate involvement with NevadaSPCA. Harman was subsequently inducted into this PHOF, a well-deserved honor. (Image: pokerlistings.com)

“We don’t interview everyone, but the ones we do … well, they’re kind of a big deal.”

With that said, we’ve compiled a “who’s who” list of those we interviewed over the past year and the articles of which we’re extra proud. We don’t like to brag, but we got some pretty fascinating answers out of some of poker’s finest.

In June, we caught up with a pretty important player in the ongoing battle for Internet gaming legalization. That would be none other than Rep. Joe Barton (R-Texas), a staunch supporter of the Internet Poker Freedom Act who stopped by the World Series of Poker to give out the ol’ “Shuffle up and deal” call to the players before one of the series’ many events.

He updated us on his progress lobbying Congress for nationwide online poker legalization and pointed to the success of each of the three current states where the game is legal: Nevada, Delaware, and New Jersey. Could the next one be Texas, we asked Barton? “Its day will come,” he said.

Jason Somerville and Run It Up

In July, we sat down with professional poker star and Twitchmeister Jason Somerville, who gave CardsChat a first look at his plans for his wildly successful live streaming web poker series Run It Up, which (at the time of the interview) had over 7.4 million views and earned him 100,000 followers on Twitch. Chief among Somerville’s announcements was the news we all hoped to hear: he planned to debut another season very soon.

In August, we snagged an exclusive interview with poker pro Allen Kessler as he voiced strong opinions on the biggest issue, in his mind, facing tournament poker today: the pattern of major tournaments skipping crucial levels in order to speed up the action. The man nicknamed “Chainsaw” was proud of the fact the WSOP had taken his advice to add levels into its events.

How lucky can we get? In November, we caught up with longtime ESPN World Series of Poker co-host Norman Chad, who plied us with humor and his take on the future of poker and television coverage of the same. There’s a reason this self-effacing guy has had this gig for so long: he brings a fresh air of fun and levity to the otherwise sometimes somber proceedings.

Queens of the Game

Way back in February, we published an exclusive interview from, of all places, Italy, with one of poker’s Most Royal Highnesses: TV personality, host, and pro player Kara Scott. The star has become one of the biggest female names in the game, and by that virtue, the poker community is constantly interested in what’s happening in her life and career.

She shared details with us of her latest gig as a consultant and brand ambassador for Tilt Events in Italy, where she lives with her husband. The role would also require Scott to move behind the camera for a change, in a new role as a producer, and she couldn’t wait to tackle that challenge.

Besides Kara, we spoke to two prominent Jennifers: Shahade and Harman.

Jennifer Shahade shared her thoughts on this year’s WSOP, and how she has combined her amazing chess grandmaster skills with her equally brilliant poker ones. Jennifer Harman, who at the time we spoke to her had not yet been selected for or inducted into the Poker Hall of Fame, revealed a well-rounded person who now values motherhood over poker, and has a deep and abiding love for animals.

Harman, who has raised millions over the years for Nevada Society for the Prevention of Cruelty to Animals (NevadaSPCA) with her annual Jennifer Harman Celebrity Poker Tournament, this year helped the organization unveil plans for a complete renovation of its facilities with the money she has helped the nonprofit raise over the past decade.

“The NSPCA is amazing,” she said. “They have my same passion, to save all animals.”

Last but not least, we spoke to Melissa Burr back in April about her current life in Mexico, and what it was like growing up adopted in a New Jersey Caucasian family. She had some very interesting thoughts to share on that topic, and is probably the poster child for how successful adoption can be when it’s the right fit.