Former soccer star Anthony Gardner may have been dogged by injuries throughout his playing career, but it seems his fortunes are fighting fit at the poker table. 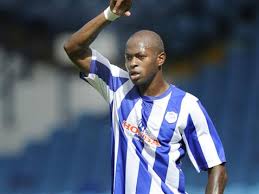 Former soccer star Anthony Gardner has swapped balls for chips and taken down his first tournament at Dusk Till Dawn in the UK. (Image: swfc.co.uk)

The former defender, who spent time with clubs such as Tottenham Hotspur, Crystal Palace and Sheffield Wednesday, has won his first poker tournament in the UK. Since retiring from professional soccer in 2014, Gardner has turned his passion for poker into a new career.

As evidenced by his Twitter account, the man from Staffordshire now divides his time between charity events, raising awareness for careers after sport and playing poker. From local tournaments in the UK to events like PokerStars Caribbean Adventure, the soccer ace is now testing his skills in as many events as possible.

Gardner Scores at Dusk Till Dawn

With his poker credentials growing, Gardner recently lined up in Dusk Till Dawn’s $125,000, $276 buy-in event on March 25. Along with 452 other competitors, Gardner played through the day and managed to make it to final table with a shot at the title and $25,669.

With more established players like Ben Vinson, Paul Jackson and Sunil Mistri all watching from the sidelines, Gardner was able to overcome Alan Summers to pick up his biggest score to date. Before the tournament, Gardner had managed two second place finishes, one of which was a side event on Genting’s Poker Series.

However, the win inside one of Europe’s largest poker rooms was the first of Gardner’s budding poker career and something he’s been targeting ever since his first score 2012. In fact, as well as picking up the largest prize of his career, the Dusk Till Dawn regular has won a free seat in the £5,300/$6,660 partypoker MILLIONS Main Event at the venue.

Another Sports Star Making It in Poker

Following the win, Gardner took a moment to thank the poker room’s familiar faces for their support during the final stages of the tournament.

“Thanks for rail advice and support Peter Wigglesworth. Was a long mental grind,” Gardner wrote on Facebook soon after his win.

While a $25,669 score might not be the biggest poker prize ever recorded, the win is the latest success story featuring a sports star. Over the last decade, poker has attracted a number of athletes both active and retired.

From the UK, Teddy Sheringham, a former soccer player for Tottenham Hotspur and Manchester United, is one of the most successful with just over $329,000 in live tournament winnings. Beyond Sheringham, the likes of Cristiano Ronaldo and Neymar have become figureheads for PokerStars in a bid to turn more casual fans into players.

Although Gardner’s profile might not be on the same level as Ronaldo, it is another example of poker’s links to the sporting world and one that could inspire more newbies to ante-up.