Desperate Housewives star Eva Longoria and her Eva’s Heroes charity last week hosted their 10th annual Celebrity Casino Night in San Antonio. The event was once again a success, and since its inception has raised hundreds of thousands of dollars for charity. 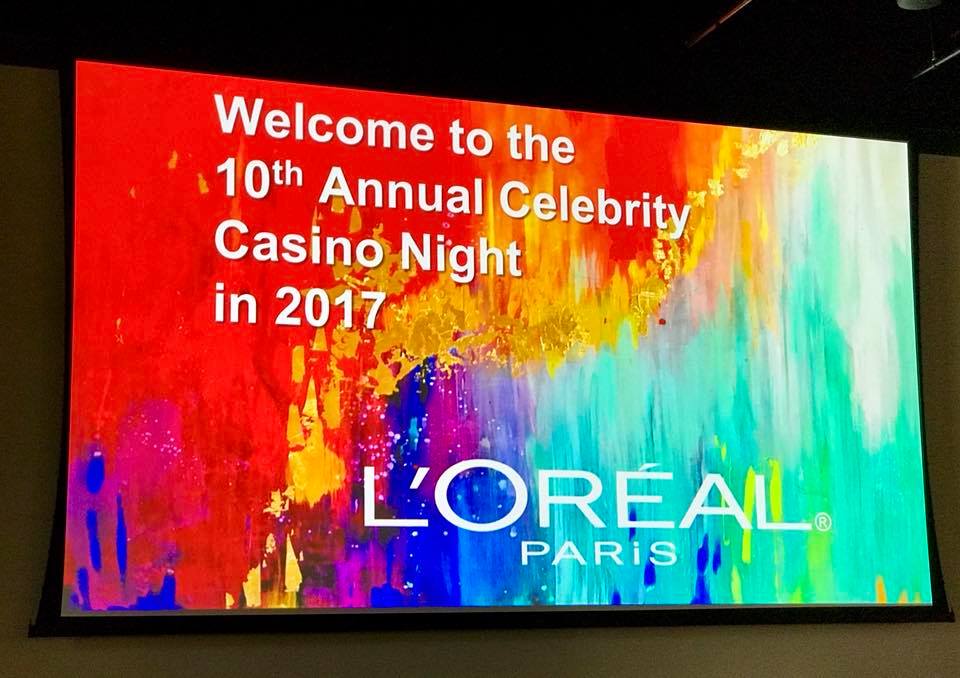 Hold’em for a Cause

This year’s event, which featured a theme of “Fire and Ice,” offered a celebrity red carpet, food and drink, and music by Finding Friday. There was also a silent auction that offered up items such as an African safari and tickets to a taping of Saturday Night Live to raise money for Eva’s Heroes, which offers program to assist teens and young adults with intellectual disabilities and special needs.

Topping it all off was a $300 buy-in charity poker tournament that was won by Walt Ruman, who won a seat into the 2018 World Series of Poker Main Event.

Meanwhile, Bryon Shelke and Clay Siliba finished in second and third place for a rodeo VIP package donated by Urban Concrete and a poker party for 20 donated by Casino Fun respectively.

The amount raised from both the tournament and gala will allow us to provide and expand services for teens and young adults with intellectual special needs.

“This is our biggest fundraiser of the year and we love all the support we get in San Antonio,” Longoria told Taylor. “We started this amazing organization, which started as an afterschool program, and now has just grown beyond that into summer programs, field trips, total inclusion of special needs children.”

There is no definite date for the 2018 event, but organizers revealed to CardsChat that it is likely to once again be held in October.

While 2017 has been filled with some stomach-turning stories, such as Chris Ferguson’s bracelet win, there have been plenty of heart-warming moments, many involving charity.

For instance, after winning gold bracelets in the $10,000 Tag Team Event, poker power couple Liv Boeree and Igor Kurganov auctioned off an extra bracelet. It sold on eBay and raised $10,200 for Raising for Effective Giving.

In October, PokerStars and the Seminole Hard Rock Casino in Hollywood, Florida teamed up to host a charity poker tournament that raised tens of thousands for Hurricane Irma relief efforts. Meanwhile, Vanessa Selbst, who previously spoke to CardsChat about the event, put on the “Justice is Blinds” charity event to benefit New York’s Urban Justice Center.

Live events aren’t the only ones getting in on the charity poker cause. This year alone, 888poker has raised $91,225 through a collaboration with REG, which will help protect 37,618 people for 3-4 years by providing 18,809 mosquito nets via the Against Malaria Foundation.

I appreciate all social causes, and even more when poker is included and helping the largest number of people, I really respect all people whether it is poker or not, they are helping the neediest

It only makes sense to have fund raisers with something that is fun.
The work that is done with the money raised is great. Poker is a great way to raise money , and not just live games.
All the poker sites are in on it to , they have helped with so many good causes.
( hurricanes and other disasters to other charitable organizations)
I applaud these ladies for getting themselves out there to do this.