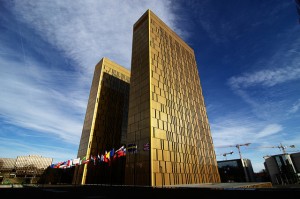 The Court of Justice of the European Union has backed online gambling regulation by ruling in favor of tax differentials. (Image: muftah.org)

The Court of Justice of the European Union (CJEU) has ruled in favor of differentiated tax rates for online gambling. While this news may not sound earth-shattering, its far-reaching implications for the online gambling industry are actually quite substantial.

The CJEU was asked to examine a challenge by various land-based licensees who were unsatisfied with the decision by the Danish government to levy one rate of taxes for brick-and-mortar operators and another for their online counterparts. This was as part of its liberalization and regulation of remote gaming, a regime that was implemented in January 2012. Taxing online gambling sites at a lower rate is fairly normal practice in the parts of Europe where gambling is legal and regulated, and is designed to channel customers to licensed operators.

If taxed at too high a rate, legal sites are unable to compete with their unlicensed counterparts and are forced to charge high rakes, for example, and offer lower guarantees and promotions. This, in turn, drives the consumer into the hands of the illegal offshore markets, which defeats the point of regulation in the first place. Had the challenge to the Danish model, which had already been ratified the European Commission, been upheld, it would have hit the regulated markets, and your favorite poker sites, like a ton of bricks, effectively outlawing tax differentials for gambling throughout Europe.

However, the court ruled that, even though online operators are taxed a flat-rate of 15 percent, while their land-based counterparts have to contend with up to a whopping 75 percent levy, the land-based licensees are not individually impacted by the tax regime because they would be taxed at the same rate whether online gambling was regulated in Denmark or not. Furthermore, the Court ruled that all EU Member States should be free to set tax levels that are competitive within the global online gaming market in order to ensure that regulation continues to thrive. It should be noted that the 15 percent rate for online gambling companies is actually quite high when compared with some other jurisdictions.

Secretary General of the European Gaming & Betting Association Maarten Haijer welcomed the news, saying, “With the unregulated offer just one click away on the Internet, consumers will only play within the regulated environment if that offer is sufficiently attractive in terms of price and consumer experience.

“There are plenty examples of Member States where the regulated offer fails to attract consumers due to product restrictions and tax levels, resulting in those consumers being pushed outside the European regulatory umbrella, often to unregulated Asian offerings. Having a restrictive market defeats the purpose of any regulation, namely ensuring proper consumer protection. An appropriate tax level is one of the key elements in creating an attractive and safe playing environment, albeit not the only one,” he added.

However, Annette Kok, President of the European Gaming and Amusement Federation, which was one of the groups that challenged the Danish tax model, was distinctly unimpressed, suggesting that the ruling “fails to either confirm or reject the discriminatory tax regime proposed by Denmark. Today’s ruling fails to address whether discriminatory state aid, as proposed by the Danish law, is justified,” she said. “We are disappointed that there remains a lack of legal certainty on this point.

“We believe that favoring online companies with lower tax rates will simply distort the marketplace in Europe at the expense of our already highly regulated and highly taxed members and the 250,000 European citizens they employ.”