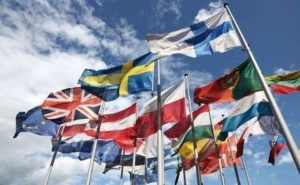 Gaming regulators from across Europe met in Paris last week to discuss shared interests, with online poker liquidity high on the agenda. The meeting raises hopes that segregated European markets like France, Spain and Italy may soon abandon their self-asphyxiating online poker models and return to sharing player pools.

French, Italian, and Spanish online poker markets have been in freefall ever since they adopted ring-fenced models when they regulated the game in 2011 and 2012.

Operators, faced with high taxes and low liquidity are forced to charge high rakes and curtail bonuses in the hunt for profitability, and find themselves unable to compete with unlicensed sites. Without the choice of games and big prize money that come with large liquidity, the market is stagnating.

France, in particular, is attempting to rectify the situation, thanks to the efforts of ARJEL. In May, the French Senate bowed to pressure from the regulator and added an amendment to its online gambling regulations that would enable French operators to share player pools with other European countries.

The proposed legislation would allow ARJEL to form compacts with jurisdictions within the EU and the European Economic Area (EEA) only. This means that French players will not be able to be pooled with countries like the UK and Denmark, which play in the international pool, but it would boost the liquidity of a site like PokerStars.eu, especially if Italy and Spain follow.

“The steady decline of revenue from online poker games can be explained by the fact that the partitioned French regulated market is abandoned by players, who turn to illegal operators that offer poker tables with global action that are more attractive,” said ARJEL recently. “The fact is, the more players a poker table or tournament has, the greater the reward, and the more attractive the site is.”

Disparate taxation rates between each country, however, remains an impediment to liquidity-sharing. France has a particularly bizarre and complex tax system for online poker, in which a percentage is charged on each bet on each street.

The French National Assembly has also had a hard time wrapping its head around the nuances of the game in the past. In 2013, it voted against liquidity sharing on the grounds that it would turn online poker into an “uncontrollable ogre eating one market after the other,” in the words of Socialist Party deputy Razzy Hammadi.