Dan Colman and Brian Rast are venturing beyond the table to join an Ethereum-based online poker startup as brand ambassadors and advisors. Virtue Poker won’t launch until mid-2018, but the new site has hired two of the game’s brightest stars. 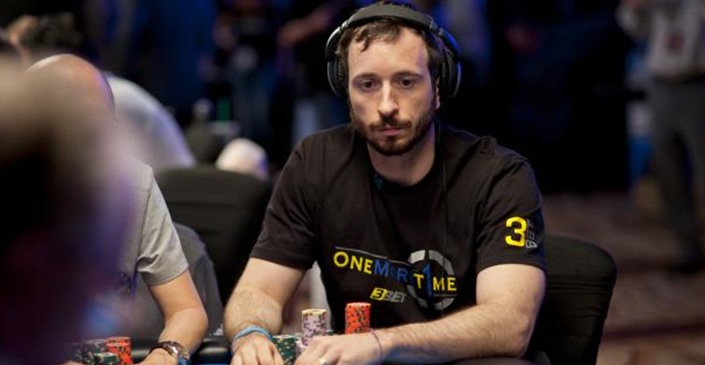 Brian Rast is joining Virtue Poker, a new online poker site built on an Ethereum platform, where he’ll be advising on ways to turn cryptocurrency in poker into real cash. (Image: highstakesdb.com)

A key difference Virtue Poker is seeking to bring to the game is a new way to fund player accounts. Instead of making a standard credit card deposit or bank transfer as players have done for years, Virtue players will be using a platform built on the same blockchain technology as the Ethereum cryptocurrency with which they’ll be able to buy directly into tournaments and games.

Ethereum is similar to Bitcoin. It has done well as a cryptocurrency, and currently trades at more than $291. However, it differs in how it uses the same technology that creates secure virtual currencies to also serve as a platform for other types of applications. Such as online poker.

Virtue Poker already has a three-man team of advisors that includes Joseph Lubin, the co-founder of Swiss-based Ethereum. The creators of Virtue Poker say the new poker site will be safer and more secure than traditional sites.

“As a decentralized platform, Virtue does not have servers that store player deposits or can see players’ cards,” a narrator in a video on the site’s home page said.

Virtue Poker will use “blockchain technology,” which allows players at the table to virtually shuffle the deck through something like a collaborative random number generator that can’t be breached without setting off all sorts of alarm bells.

Not only does blockchain verify the randomness of a shuffle, but it also assures that no one working for the site would ever be able to see the cards. Providing a safer and more secure environment to play poker appears to be the new poker site’s main selling point to start.

It’s hard to find more qualified individuals to represent a poker site than Rast and Colman. These are two of the most successful high stakes players in history.

Known as “mrGR33N13” on PokerStars, Colman is best known for taking down the $1 million buy-in WSOP Big One for One Drop in 2014 for $15.3 million. It was the second largest cash in poker tournament history, behind only Antonio Esfandiari’s $18.3 million score in the same event two years earlier.

Rast had a massive payday of his own in 2015, after taking down the $500,000 buy-in Aria Super High Roller Bowl for $7.5 million. But far more than a one-hit wonder, he has $20.7 million in lifetime live tournament winnings, including three WSOP bracelets and 32 cashes at the World Series of Poker.

The California native now resides in Las Vegas and is known as one of the friendlier guys in poker. He’s also certifiably smart, having finished as valedictorian of his high school class in 2000.

Both players have won millions of dollars online and in live tournaments and cash games. They will help Virtue Poker develop its new poker room and give the company advice from a player’s perspective.

Rast and Colman will be competing in the inaugural Poker Masters high stakes tournament series at the Aria in Las Vegas, which runs Sept. 13-20 and will be broadcast to subscribers of PokerGO. No word yet on if they’ll be patched up with Virtue Poker’s logo.