Herosphere, an Austrian-based eSports wagering site, is preparing to give Bitcoin and Ethereum a run for their money with a competitive gambling currency called HEROcoin. For those who missed out on the “buy low, sell high” Bitcoin experience, which are currently trading for $4,535 apeice, now’s your chance: the Ethereum-based cybercurrency will become available to the public on September 14 with an initial coin offering (ICO). 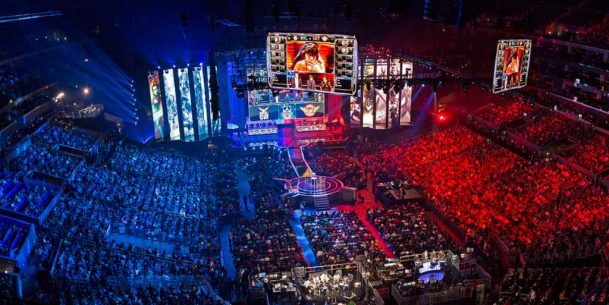 The phenomenal success of both eSports and other cryptocurrencies like Bitcoin are no doubt the motivation behind Herosphere’s new digital offering. (Image: Sporting News)

Not First to Come to Market

Geared specifically for the eSports market, its makers are presenting it as the greatest thing since sliced bread, even though it’s hardly a new concept anymore to offer a “smart token [that] is decentralized, which means that it puts the power, profits, and winnings back in the hands of players, not some middleman,” as the Herosphere website touts.

As with Bitcoin and Ethereum, HEROcoin uses blockchain technology to process bets. According to the developers, the system is designed to cut out the middleman and provide a more transparent way for people to bet on eSports.

“Herosphere, a trustworthy, transparent, and initiative oriented platform, will use HERO to revolutionize the gambling world as we know it,” said CEO and co-founder of herocoin.io, Paul Polterauer, in an official press release, perhaps a bit grandiosely.

Blockchains, which have actually been around since 1991, use encryption codes to link together into a cyber “chain.” The theory behind the technology is to allow for a transparent record of transactions without a third-party middleman: namely, a bank.

Given the phenomenal success of Bitcoin in terms of value over the past few years, it’s no wonder that Herosphere’s developers decided to develop a cash cow of their own. Whether they can milk it the same way as the original is always the question when competitors join the fray after an original’s success, however.

Along with increasing betting options, operators such as PokerStars have sponsored eSports  events with Team Liquid, while the Global Poker League has also taken inspiration from various gatherings.

Although the system’s true value won’t be known until it hits the market, blockchain technology has generally been finding a broader level of acceptance in recent years in the online betting world.

And for poker players, the appeal of eSports could bring a comfort level with digital currencies more into play if they get acclimated to using them on sites such as Herosphere. The synergistic skill sets required for both activities, along with some temptingly large prize pools, could see more and more crossover of players coming down the pike.