Erkut Yilmaz, six months after having won the WPT Borgata Poker Open, shipped the WPT Rolling Thunder on Tuesday for $303,920, defeating a tough final table that included two past champions. He is now the Player of the Year leader heading into the home stretch. 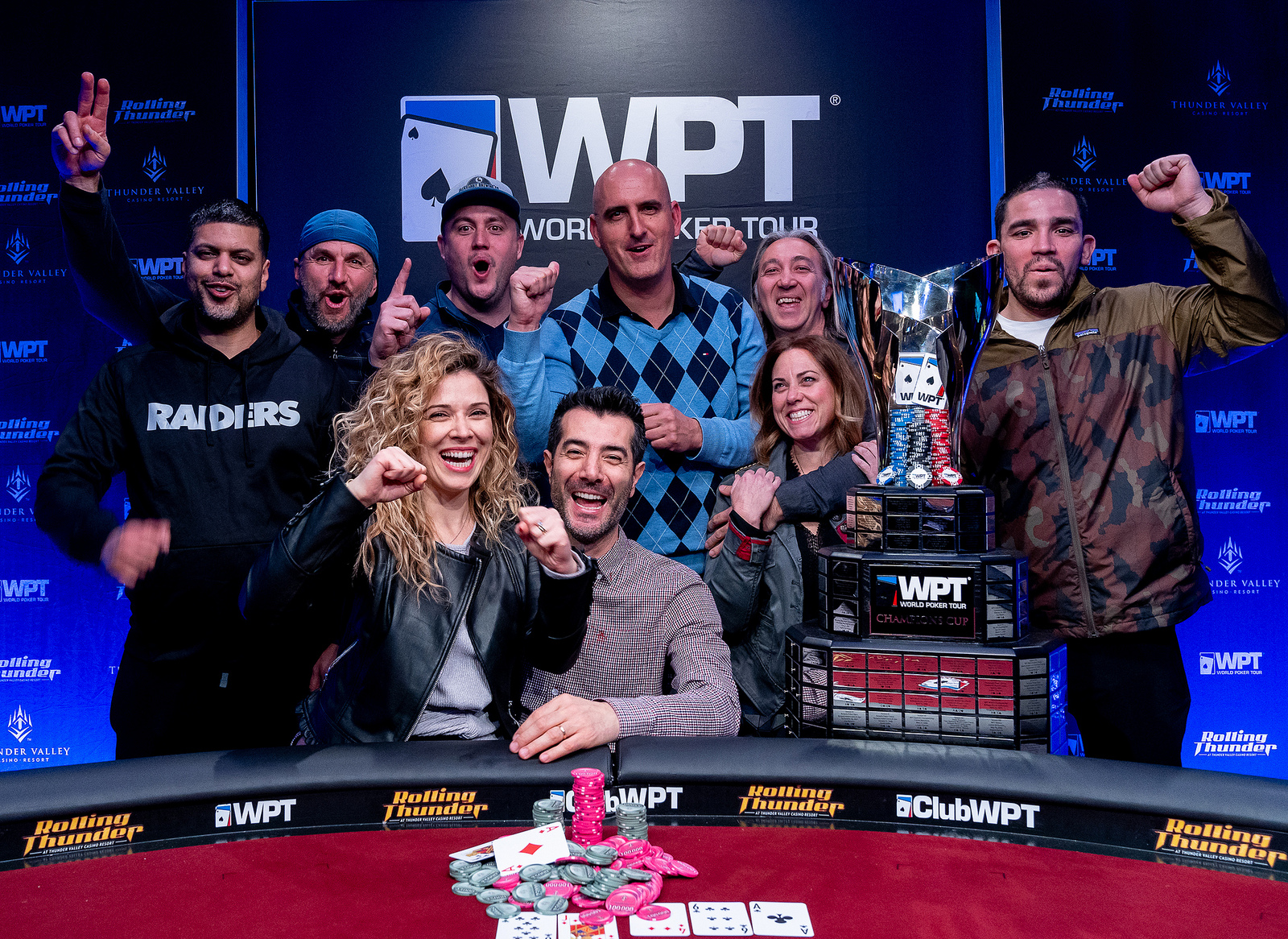 Erkut Yilmaz is starting to get used to taking these photos. (Image: wpt.com)

Much was at stake at this final table, and not just the money. Yilmaz jumped ahead of Dylan Linde, the Five Diamond Poker Classic winner, in the POY standings.

Linde finished in fourth place and now has 2,000 points, but would be atop the leaderboard had he won. Yilmaz, who earned 1,000 points, moved into the lead with 2,300. Anthony Zinno also had an opportunity to chase the leaders. But his fifth place finish was only good for 500 points, leaving him 950 points out of first place with two months remaining.

Yilmaz had to defeat two past champions to win his second title. And one of those individuals also happens to be one of the top performers in World Poker Tour history. We’re talking about Anthony Zinno, of course.

But Zinno isn’t far behind. He’s a three-time champion with six final table appearances and 30 cashes. On Tuesday, he had an opportunity to tie Elias as the titles record-holder. He entered the day, however, as the smallest stack with a 25/1 chip disadvantage compared to chip leader Jim Collopy and was eliminated in fifth place ($68,860).

Once Zinno busted, Yilmaz still had to defeat another past WPT champion. Dylan Linde, who shipped the Bellagio Five Diamond Poker Classic in December for $1.6 million, was looking for his second title.

But he was sent to the rails in fourth place ($95,350) moments later by Collopy. With Linde gone, Yilmaz was guaranteed at least a tie for the Player of the Year lead.

A second or first place finish would give him the lead outright. After another player – Ajay Chabra – busted, Yilmaz officially moved atop the charts.

Collopy had a slight chip disadvantage when heads-up play began. But he quickly regained his edge by taking down some small pots. He then increased his lead significantly before Yilmaz won a pre-flop race to double-up back into a slight chip advantage.

Yilmaz began pulling away and had his opponent crushed, but another race, this time won by Collopy, nearly evened things up.

On the 70th hand of heads-up play, Yilmaz finished his opponent off when his A-K spiked an ace on the river. He is now a two-time WPT champion and the Player of the Year leader.

Although Erkut Yilmaz is from the US and resides in Sacramento, CA, he has Turkish origins, hence the name and looks 🙂

He has almost $2M in live tournament earnings and is the only Turk that has 2 WPT titles!
Way to go and congrats to Mr. Yilmaz, hope he finishes the year with the POY title.