Erkut Yilmaz leads the WPT Player of the Year race by a slim margin over Dylan Linde. But he only has to hold that lead for another two events. 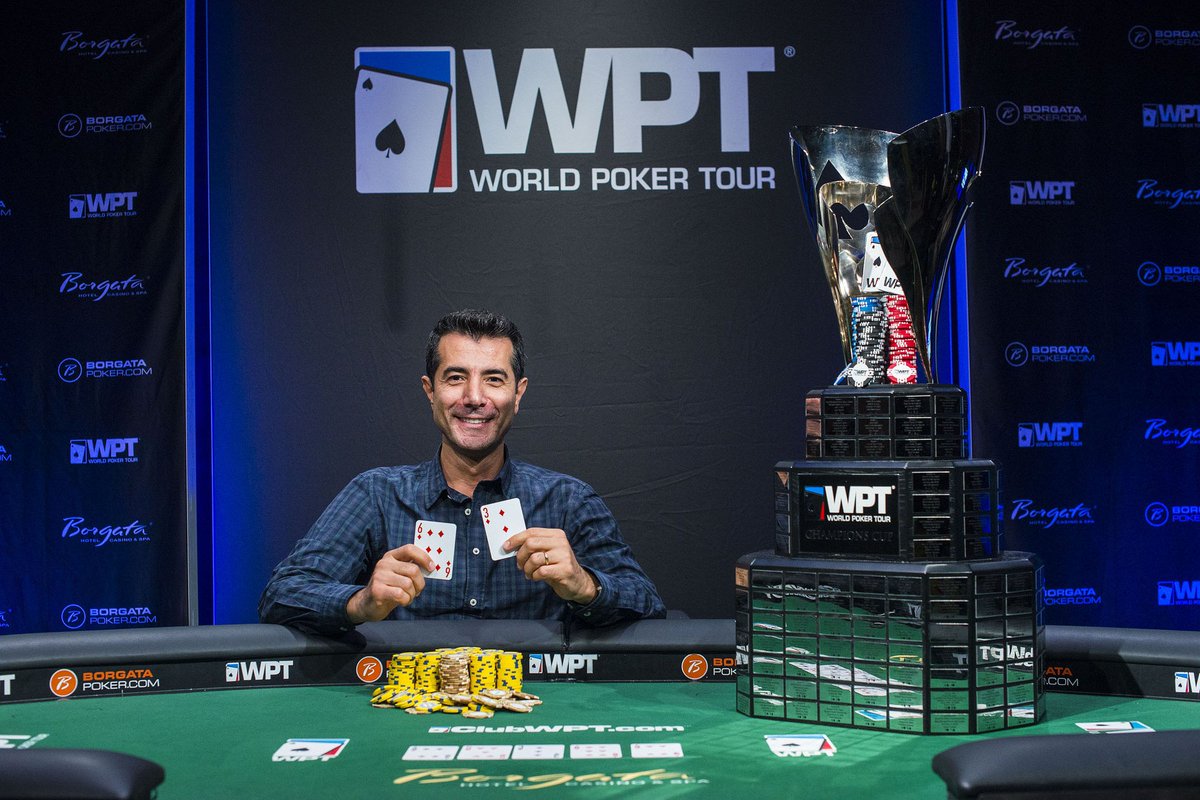 Can Erkut Yilmas hold onto his WPT Player of the Year lead? (Image: wpt.com)

David “ODB” Baker and a few other players still have a puncher’s chance at winning the coveted award. Just two full events remain on the 2018-2019 World Poker Tour schedule. The next stop, on May 17, is at Choctaw Casino in Durant, Oklahoma, before the season finale – Aria Summer Championship – 10 days later in Las Vegas.

Baker, who sits in seventh place with 1,450 points would likely need to win one of the final two Main Tour events. Linde, however, is in a better position to overtake the lead.

Can Erkut Yilmaz Hold a Lead?

But despite his impressive year, his lead in the Player of the Year race is far from secure. Dylan Linde is just 200 points behind thanks to the 1,400 points he earned, along with $1.63 million, for winning the Five Diamond World Poker Classic at Bellagio in December.

Linde, like Yilmaz, has four cashes this year. And also like Yilmaz, he made the final table at Rolling Thunder (fourth place for $95,350).

The Five Diamond title is keeping him close in the POY standings. Yilmaz earned 1,000 and 1,200 points for his two trophy wins. But Linde earned 1,400 in that one Las Vegas event because it was such a massive tournament. Points are based on buy-in and size of the field.

Schwartz is the only player in the top five without a WPT title. He earned his points by twice making it to a final table, including a runner-up finish at the Bestbet Bounty Scramble ($228,590). Jake also has a 14th and 56th place finish during the 2018-2019 season.

Down to the Home Stretch

Only two new events remain on the 2018-2019 World Poker Tour schedule. But the Seminole Hard Rock Poker Open, which played down to the final table last week, won’t conclude until May 30 in Las Vegas.

Both the WPT Choctaw and WPT Aria Summer Championship will also be hosted at HyperX Esports Arena at Luxor in May. That venue is becoming a regular home for World Poker Tour final tables.

At the conclusion of these events, the season-ending Tournament of Champions, also in Las Vegas, kicks off. And then the poker community switches its attention to the 50th annual World Series of Poker.