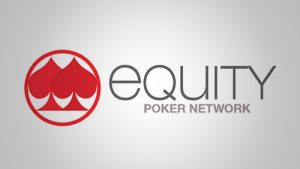 Is the Equity Poker Network banning “good” players and, more to the point, is that equitable?

Bizarre rumblings on the TwoPlusTwo poker forums, where some players have accused the Equity Poker Network of banning them for being “too good” at poker. One forum poster claimed that he had recently been frozen out from his PokerHost account, a new skin on Equity, only to receive a subsequent message that explained his account had been closed down because the network had noticed his “aggressive play”.

“We have done a serious [sic] of background checks in order to come to this conclusion, at this time since we are in a small but growing poker network we cannot afford your aggressive behavior. We are now in a network the [sic] focuses on having recreational poker players and you do not meet this criteria. We thank you for your business at Poker Host, but at this time we will restricted [sic] your account, and the we [sic] will proceed with the normal process to cash out your funds in a prompt matter [sic]. We will be happy to hear from you in about 6 months to a year, time the [sic] we expect to be big enough to afford your activity and continue the good relationship the we [sic] have had.”

So far pretty sick [sic]. But could this error-riddled missive really be a true reflection of the network’s policy? Other players are beginning to report similar experiences, and it’s certainly possible. Today, the skill gap between the serious and recreational players has never been greater, which means the recreational players – poker’s bottom line – are being swallowed up at a faster rate.

The Equity Poker Network was launched last year as a potential antidote to this climate. It operates as a “poker cooperative,”which means in order to provide them with an online poker platform, it charges its skins a flat fee per month rather than a percentage of its revenues. However, crucially, it also charges a “Shark/Winners Tax” – so sites with an imbalance of recreational-to-winning players are penalized in order to promote a “healthy” player ecology.

“Recreational players” here are defined as those who play, lose and redeposit, while “winning players” are those “aggressive players”, to borrow the network’s euphemistic term, who play high-volume, possibly using tracking software, win, scare recreational players away, and eventually cash out their profits, thus taking money from the poker economy.

Some of the Equity Network’s profit-sharing ideals may be innovative – admirable even – and we all want to “fix” the poker economy, but is this really the way to go about it? While many people in the industry are concerned about the lack of recreational players coming into the game, is it ethical to freeze players out because they’re too good? It certainly seems to be a sneaky way of doing things. Aren’t winning players supposed to win lots? Isn’t that the way poker works? Should there be sites exclusively for players who don’t tend to win? Should tracking software be banned? We’d love to hear your thoughts below.

I don’t use tracking software, and I think it’s pretty bad for the game. I’d rather people use their mind rather than a program to figure out other player’s tendencies and patterns.

Should write a similar article for Merge. Winning players getting completely restricted from certain games…