EPT Barcelona Kicks Off Another Season of European Poker Action, But Hold Onto Your Wallet

EPT Barcelona kicked off in Spain on Tuesday, giving Jonesing poker players still going through withdrawal from the World Series of Poker in Las Vegas another hit. The series is the first of the European Poker Tour (EPT) season, now in its 13th year. 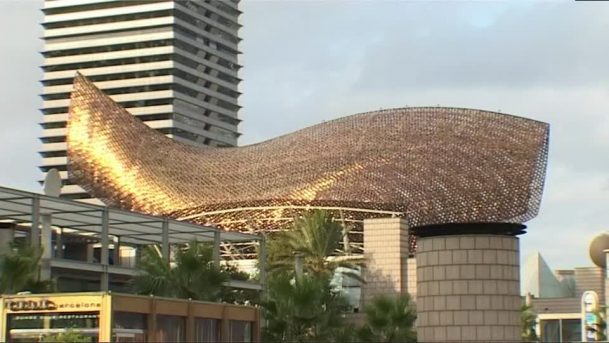 Taking place in the thriving Spanish city between August 16 and August 28, the event is a combination of tournaments, cash games and, sometimes, controversy.

In years gone by, EPT Barcelona has made headlines for reasons not always savory. In 2010, for example, the festival captured global news coverage after four pros were involved in a dramatic robbery.

With Barcelona being known as the pickpocket capital of Europe, and poker players known for often carrying large amounts of big-bill cash in their pockets, it was almost inevitable that someone would run into trouble.

According to reports at the time, pro players Carter Phillips, Kevin Stani, William Reynolds, and Kayvan Payman were confronted by a local Spanish gang while relaxing in a local bar. After the thieves stole €4,000 ($4,500) from Payman, the players asked the bar owners for some help.

But their hosts were apparently less than hospitable. The players claimed that the owners came at them wielding machetes and frying pans. Escaping the scene with nothing more than a few bruises, the group not surprisingly considered never returning to Barcelona for another tournament.

While incidents like this are completely out of the organizers’ hands, it did highlight the potential dangers of playing in cities around the world where security is not always as tight as it is in places like Las Vegas, although there have been scattered incidents of attempted robberies there as well.

One notable one took place recently well off the city’s glitzy Strip, and near to poker legend’s Doyle Brunson’s own home instead. Although a neighbor was targeted, Brunson told police he believed the robbers had simply zeroed in on the wrong home, expecting to find the senior Texan and his bankroll. Fortunately, no one was harmed in the botched standoff.

Happily, EPT Barcelona has bounced back since then. Back in 2014, the festival captured the world’s attention after international DJ Roger Sanchez hosted a lavish player party.

Beyond that, soccer star and PokerStars-sponsored player Neymar Jr. has anted-up in Casino de Barcelona in recent years. This year, of course, he’s in Rio doing what he does best: getting tons of social media hits while wowing at the Olympics. But many of the game’s top players will be there ahead of the €5,000+€300 Main Event.

Set to take place between August 22 and August 28, the Main Event expects to attract a good crowd again this year. Last year, the tournament drew 1,694 entrants and, when the chips had all fallen, it was veteran pro John Juanda who walked away with the title and $1,186,208.