The World Series of Poker has a way of tugging at a poker fan’s heartstrings. Highlighting the eleventh day of 2017 action, longtime WSOP bridesmaid John Racener finally captured his first gold bracelet, with a win he’d dedicate to his late mother.

Also … cash game dominator Anthony Marquez turned in a rather impressive no-limit hold’em performance, and WSOP officials have to be pretty thrilled with a PLO event that showed it has staying power. Everybody’s got a story at the WSOP, and the latest Millionaire Maker saw thousands descending on the Rio this weekend, hoping theirs would be the next one to matter. 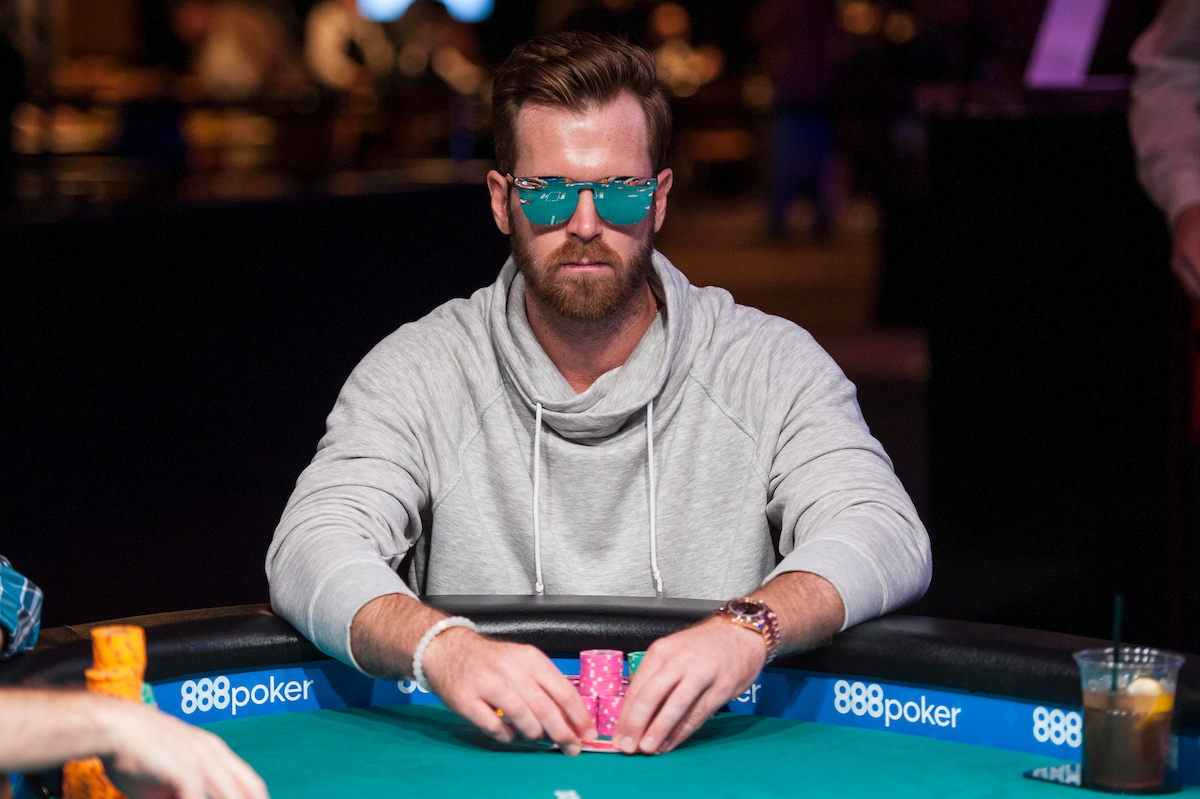 A reflective John Racener won a first-prize payout of nearly $274k in the $10k Dealer’s Choice 6-Max. It was hardly his biggest payday, but it was a reminder that sometimes winning tournaments at the WSOP can be about more than just money. (Image: Jayne Furman / PokerPhotoArchive.com)

This One’s for Mom

On Saturday, Racener’s name was taken off the “best without a bracelet” list when the Floridian topped a field of 102 players to win Event #17, $10,000 Dealer’s Choice 6-Handed Championship, for $273,962. The 31-year-old runner up in the 2010 Main Event devoted the win to his mother, who passed away from liver cancer four years ago.

“I always said to myself that I wanted to win my first bracelet for my mom,” Racener said in his WSOP exit interview after the win. “She’s always been my biggest fan, and she still is from up above. No matter what time of the day it was back home, with three-hour time [zone difference], she would always stay up and sweat me online all night. I just really wanted to win the first one for her.”

Heading into the summer, Racener had $9,242,506 in tournament earnings including more than $5.5 million for his 2010 Main Event finish. However, a gold bracelet had eluded him over the years, as he had come up short of the win in 12 previous WSOP final table appearances.

But the thirteenth time was the charm for Racener. He fought for eight hours at this final table, prevailing over stiff competition from the likes of Chris Klodnicki, Mike “The Mouth” Matusow, and Russian poker oligarch Viacheslav Zhukov.

He did it in impressive fashion, going wire-to-wire as chip leader at the final table, despite facing such tough competition as Daniel Weinman, winner of a WPT Tournament of Champions, and PokerGo documentary subject Matt Berkey.

“I’m overwhelmed,” Marquez told WSOP officials after the win. “I’m kind of speechless. I’ve been knocking on the door. [I’ve made] a lot of Day 2’s and now I’m over the hump. It feels so good. It’s a dream come true.”

Marquez eliminated Berkey in fifth place when the latter’s queen-nine suited failed to get there against the former’s ace-three. Then, with four players remaining, the hand of the tournament took place.

It happened at the final table on Hand #97, when Demosthenes Kiriopoulos raised to 180,000 and Steven Buckner moved all-in from the button for 2.1 million. Then Weinman moved all-in, over the top for 2.825 million, from the small blind. Marquez called from the big. Kiriopoulos dropped out of the fracas, and the three remaining players turned over their cards:

The double knockout extended Marquez’s chip lead, and 25 hands later he sealed the deal against Kiriopoulos.

Among the players to fall on Day 2 were start-of-the-day chip leader Cody Slaubaugh (23rd for $7,443), Jason Mercier (31st for $6,214), and Hunter Cichy (36th for $7,111). Cichy, you may recall, just released a new book this summer titled Advanced Concepts in No-Limit Hold’em. You can read CardsChat’s book review here.

The $565 PLO is slated to play down to a winner on Sunday.

Among the masses to fall on Day 1A were Carlos Mortensen, Liv Boeree, Ari Engel, Jeff Madsen, and Olivier Busquet. But because this tournament with a guaranteed $1 million first prize is a single re-entry event, all of those players will have a chance to try again Sunday, on Day 1B.

It’s still a little early for anyone to get too excited, but the tournament got deep enough to show its potential for creating an exciting finish.