It came as no surprise to many, including some heavy bettors who laid over $1 million on the underdogs, that Philadelphia beat the 4.5-point spread in Super Bowl LII. 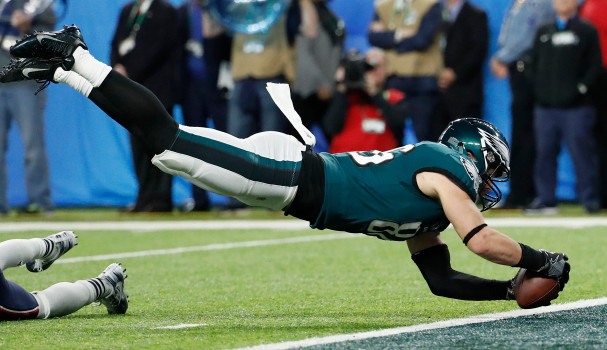 Was Super Bowl LII the end for Tom Brady and the New England Patriots dynasty after a crushing loss to the Philadelphia Eagles? (Image: ABC News)

Philadelphia, behind 373 yards passing from Nick Foles, pulled off the upset, 41-33, in a defense-optional game involving two of the NFL’s top defenses. The 74 combined points scored far exceeded the closing over/under (49).

New England, chasing its third title in the past four years, moved the ball nearly at will throughout the entire game, but thanks to some kicking woes, miserable defense, red zone miscues, and a late Tom Brady fumble, the Patriots were unable to repeat as champions.

Foles, a backup until starter Carson Wentz went down with a season-ending injury in Week 14, wasn’t the only impact performer on Philly. LeGarrette Blount and Jay Ajayi combined for 147 yards rushing on just 23 carries, Corey Clement had 100 yards receiving, and Alshon Jeffery made two incredible athletic catches in crucial situations.

Brady was also brilliant, perhaps, saving his best Super Bowl performance for, who knows, his final appearance in the big game. The three-time champion and 2017 NFL MVP threw for a Super Bowl record 505 yards in a losing effort.

After supposedly winning more than $10 million on the baseball World Series at Las Vegas sportsbooks, a man only known to the public as “Bettor X” had another seven-figure payday on Super Bowl Sunday.

According to ESPN, Bettor X placed numerous wagers around town on Philadelphia, including a $3 million bet at MGM Grand and $1 million at one of the many William Hill sportsbooks.

The exact amount Bettor X wagered is unknown, but ESPN suggests it may have exceeded his World Series profit.

The gambler who is a known high roller in Las Vegas casinos also had six-figure bets at a CG Technology sportsbook and South Point. He is one of many who threw down big bucks on the Super Bowl. Last year’s big game set a record with $138.4 million wagered at Nevada’s sportsbooks. Many casinos are projecting another broken record this year once the final numbers are tallied.

Sunday’s defeat wasn’t the beginning of the end of for the Patriots’ dynasty, according to the oddsmakers. OddsShark.com already lists New England as the favorite (+350) to win Super Bowl LIII.

That all depends on the status of quarterback Tom Brady, tight end Rob Gronkowski, and head coach Bill Belichick. After the game, reporters asked Brady, 40, if he plans to return next year.

“I expect to be back, but we’ll see,” the NFL MVP said. “It’s 15 minutes after the game ended. Have to process this a little bit. Don’t see why I wouldn’t be back.”

Belichick hasn’t addressed his future but isn’t expected to retire. Gronkowski, one of the top tight ends of all-time, admitted that due to injuries he’s suffered, retirement at age 29 isn’t out of the question.

“I am definitely going to look at my future for sure,” he told reporters after the game. “I am going to sit down the next couple weeks and see where I am at.”

If Brady or Gronk retires, we may have witnessed the end of the Patriots dynasty. Five Super Bowl titles, eight AFC championships, in 17 seasons.

Should New England fade, who will take the reign as the NFL’s most dominant franchise?

If you’re drunk and think the Cleveland Browns will go from 0-16 to Lombardi Trophy, you can get +10,000 odds. Better yet, just give me your money. I promise to spend it wisely.

I didn’t bet big but I scored a nice little prize for my $20 bet. The game is far more interesting when you have a stake in it. Well done and thank you Eagles.

That was a really fun Super Bowl to watch. It was awesome to see Foles get the MVP. Great story, and great to see the Patriots lose!…lol.Just try not to destroy your town , Philly fans. 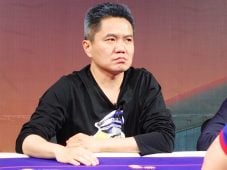