Tom Dwan a Late Scratch on ‘Poker After Dark,’ Isaac Haxton Banks as Big Day One Winner of PLOMG

Tuesday’s episode of “Poker After Dark,” kicked off a week of “PLOMG,” a reference to Phil Galfond’s online poker screen name, “OMGClayAiken.” But as Brian Rast joked during the show, it should have been called “PLO with Ike,” due to Isaac Haxton’s uncanny knack for flopping the nuts repeatedly. 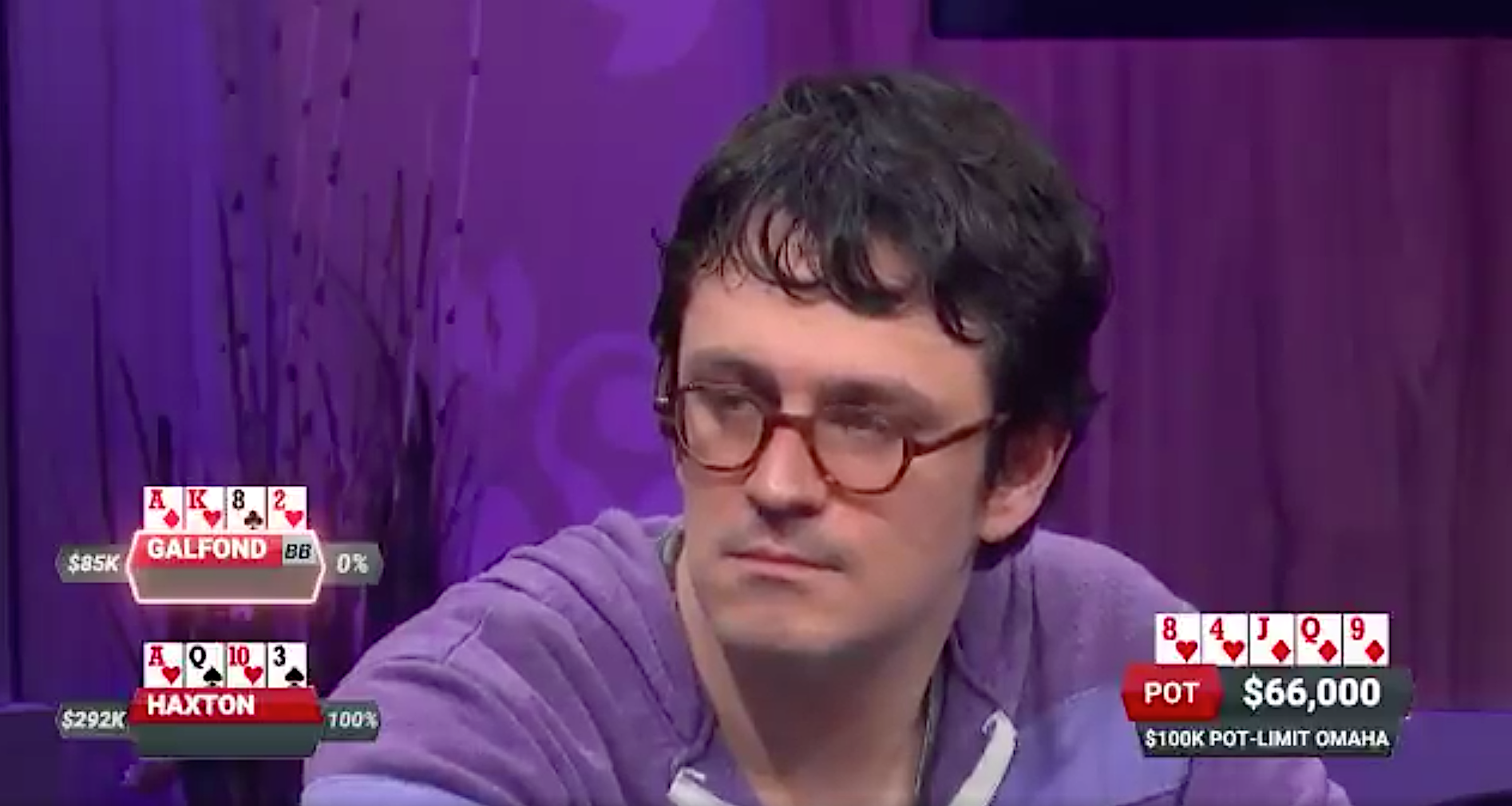 Isaac Haxton got good cards to build up his stacks throughout the opening session of PLOMG on “Poker After Dark.” (Image: Twitter/@PokerCentral)

The cash game being held at the Aria in Las Vegas and broadcast for “Poker After Dark” on the subscription PokerGO app was six-handed PLO, with a $100,000 buy-in. But the session started out with only five players, as Dwan was a late no-show. He canceled via Twitter on Tuesday.

“@TomDwan: I’m going to be missing today’s poker after dark unfortunately. But i will be on tomorrow’s”

Dwan didn’t specify why he couldn’t make it in time for the 5 pm filming, but Ali Nejad (sort of) cleared things up. The “Poker After Dark” commentator cited a travel scheduling conflict but didn’t share much more.

The high-stakes player known as Durrrr is expected join the action on Wednesday and Thursday. He confirmed as much Wednesday morning. “On a plane to vegas, for today’s #pad on @PokerGO,” he tweeted.

Dwan’s arrival should give fans the matchup with Phil Galfond they’ve been waiting for. But after Tuesday night’s play, Haxton is the player whom the table will likely be chasing.

Nuts With a Redraw

The flop came 3♦9♥A♠, giving both players a set which isn’t too uncommon in PLO. OMGClayAiken checked and Haxton, known online as “PhilIvey2694,” fired out $2,400 and received a call.

The 7♥ landed on the turn, adding a nut-flush draw to Haxton’s already nutted hand, and Galfond drawing to a one-outer. Haxton bet $9,600, the size of the pot, and again got a call.

The river was the K♥, giving Haxton the stone-cold nuts. He wanted maximum value on this monster hand, so he fired another pot-sized bet of $28,800. Galfond went in the tank for a minute but couldn’t lay down his middle set.

It was a sign of things to come for Haxton. He was dealt pocket aces on three of the first four hands of the session. On the sixth hand, he downgraded to pocket kings, but again flopping a set against a weaker set.

For most of the evening, the game ran with only five players since Dwan was a no-show. But with less than two hours remaining in the session, Dan “Jungleman” Cates took a seat at the table with $100,000 in chips. He didn’t have much time to get anything going and turned a modest profit.

Adams, fresh off the biggest live score of his career, winning $819,000 earlier this month at the Poker Masters, was the biggest loser of the night and the only player to buy in three times. Galfond and Lamb also rebought after busting their first bullet.

The game will resume Wednesday evening, with Dwan scheduled to take the seat that Jungleman was keeping warm. The rest of the players will come back for another shot at recouping their losses to Haxton.

poker after dark coming back with a bang