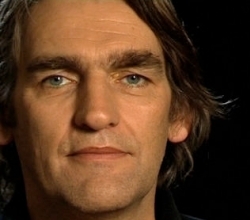 John Duthie has warned that the Poker Hall of Fame selection process must changes so that it becomes a true reflection of international poker talent. (Image: pokernewsdaily.com)

John Duthie, creator of the EPT, has lashed out of at the selection process of the Poker Hall of Fame, which he says has become a “sort of Madame Tussauds’ of US Poker.”

Writing in an op-ed for PokerNews.com, Duthie criticized the lack of non-US players in the celebrated gallery at Binions in downtown Las Vegas.

In fact, the only face in the gallery that does not belong to a citizen of the US is that of British writer Sir Edmond Hoyle, whose death, in 1769, predates the birth of poker by a good 70 years (by most estimations.)

Hoyle’s addition to the Hall of Fame comes by virtue of his various treatises on card games, notably whist.

Last week, John Juanda and Jennifer Harman were announced as the latest additions to the Poker Hall of Fame, inductions that Duthie accepts without question and offers his unreserved congratulations.

However, many players and poker fans on both sides of the Atlantic fully expected Dave “Devilfish” Ulliott, who died earlier this year, to be among the new inductees.

With his edgy, colorful persona, and indefatigable sense of humor, Devilfish did much to enhance the popularity of the game during its early TV years and his absence has been perceived as a snub, particularly in UK.

Ulliott’s longtime friend Duthie even took to Facebook earlier in the week to suggest that US players should refuse to accept the honor unless the selection process is changed.

This is not just about Devilfish, insists Duthie, but about inclusivity.

He suggests that an overhaul of the nomination and selection process is needed “so that it is a true reflection of international poker talent and not just U.S.-centric.”

“This is a turning point in the Poker Hall of Fame‘s evolution and the old guard and other newer existing members will undoubtedly push back against this change, and that is their right,” he writes. “But in reality, they need to look closely at the type of institution they want to be part of. If they want to be taken seriously outside of the U.S., then change is imperative.”

Duthie describes standing on the standing on the “pockmarked carpet” of Binion’s Gambling Hall in Downtown Vegas in 1995, gazing at the wall of faded black and white photographs while “trying to imagine the lives that these extraordinary characters had led.”

“Do you want to be recognized by your peers worldwide, or be the subject of a Vegas tourist’s curiosity in 2050?” he demands.