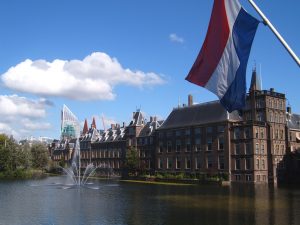 The Dutch lower chamber of parliament passed a bill that will drastically reform Holland’s online gambling laws this week. The Dutch Remote Gambling Act will now, finally, go to the Senate, where it is expected to be approved and passed into law.

The Act has been debated endlessly in the lower house since it was drawn up in 2013, as Holland sought to overhaul its creaking, half-century-old gambling framework and bring it in line with EU regulations.

Holland is a potentially huge market. It’s estimated that some 1.5 million Dutch adults gamble online, and, since the country currently has no licensed gambling websites, it would be accurate to say that all of these players engage with the offshore markets, including PokerStars.eu.

Research by Holland Casino suggests that the regulated market could be worth over €1b ($1.1 billion) per year.

The Dutch government has been relatively soft on gray market operators, although it has in the past warned companies that specifically market to Dutch players that they are “playing with fire,” in the words of Secretary of State for Justice, Fred Teeven.

Thus, most online poker site have continued to accept Dutch players, albeit quietly. In the advent of the passage of the bill, though, it’s likely that PokerStars would pull out of the market immediately and join the line of operators that have been eager to get their hands on a Dutch license since the reforms were announced three years ago.

That line may be a little shorter these days, though, due to the probability that the bill will pass with a fat 29 percent tax rate for operators.

One of the aims of the initial bill was to achieve a “channelization rate” of 80 percent of those 1.5 million adults, drawing them away from the offshore market once regulation occurs. The original tax rate of 20 percent was deemed to be a realistic means of achieving that ambition.

When Gray Turns to Black

But following endless debate and amendments in the House, somewhere along the line, the rate got hiked up to 29 percent, a figure that will make it difficult for the emergent regulated market to compete with the untaxed, offshore market.

Over the two years in which the bill has been debated in the House, it has received 500 questions from lawmakers, while nearly 30 amendments have been proposed.

Of course, once the law is passed, the offshore market serving Holland, will no longer be “gray” but “black,” making it impossible for PokerStars to continue unlicensed without jeopardizing its licenses to operate elsewhere.

But unfortunately, the existing proposed tax rate means Holland is in danger of becoming another failed online poker market in the mold of France, Spain and Italy.