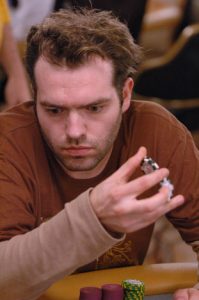 Dutch Boyd’s attempt at an appeal in his case against Two Plus Two Publishing has failed.
Image Credit: (Image: Wikipedia.org)

Russell “Dutch” Boyd has been in a legal battle with Two Plus Two Publishing LLC for over four years. Unfortunately for Boyd, his attempt at an appeal was denied as the U.S. Ninth Circuit Court of Appeals upheld a ruling against Boyd from back in March, 2012. It is the latest loss for Boyd in an ongoing case that found that Boyd had maliciously registered a domain name aimed at making money off of a trademark, TwoPlusTwo, that he did not own.

Dating back to the second half of 2009, Two Plus Two accused Boyd of domain name squatting, a practice where an individual purchases a name with the intent of making money off of a brand, company, or trademark not owned by that same individual. In the case of Boyd, he had purchased the domain name “TwoPlusTwoPoker.com” back in 2004, and operated a slew of poker-related websites over the years.

The team at Two Plus Two Publishing considered Boyd’s acts as copyright infringement, and brought legal action against him citing the Uniform Domain Name Dispute Resolution Policy (UDRP). Boyd agreed to transfer ownership of the domain name to Greenberg Traurig, the law firm representing Two Plus Two. The company’s owner, Mason Malmuth, and the law firm did not drop the charges after Boyd transferred over ownership of the site and sought monetary compensation.

Malmuth explained on his site’s forums why he and his team sought further action, explaining that Boyd’s blatant infringement and the length of time owning the site were factors in continuing the case. He insisted on finding out how much revenue Boyd earned from the website and how much traffic it received. Malmuth did add that he tried to settle out of court, but Boyd declined the offer.

Show Him the Money

Back in March 2012, the United States District Court Judge in the case decided that Boyd had purchased and operated the site “in bad faith,” meaning that Boyd intended to profit off of a trademark he did not own. The judge sided with Two Plus Two Publishing and awarded $25,000 in statutory damages and also forced Boyd to pay $33,985 in attorney fees.

The case was appealed and after a lengthy wait, a three-judge panel decided that the original ruling was correct and upheld the original judge’s decision. Malmuth again commented through use of his site’s forums, re-stating the facts that the decision was in favor of his company and against Boyd. He thanked everyone that after many years, the lawsuit was finally over.

Russel “Dutch” Boyd gained fame in poker many years ago during the “poker boom” by winning two World Series of Poker bracelets. He now lives in Culver City, California (in Los Angeles county) and originally comes from Missouri. He began attending college at the age of 12 and graduated from the University Missouri School of Law at age 18.

In poker, he was known as a member of “The Crew,” which was comprised of well-known players such as Scott Fischman, Robert Bod, David Symth, and Brett Jungblut. As of 2013, Boyd has won $2.1 million in live tournament winnings. After a failed attempt at launching his own online poker site, Boyd claimed to suffer from mental issues and withdrew himself for a time for recovery in Antigua.

Geeso Dutch… give up, pay the fines and admit you’re a thief.