Doug Polk has already proven to be one of the best heads-up players of all-time, having won millions in heads-up online matches. But one challenge he hasn’t yet tackled: beating Tom Dwan. 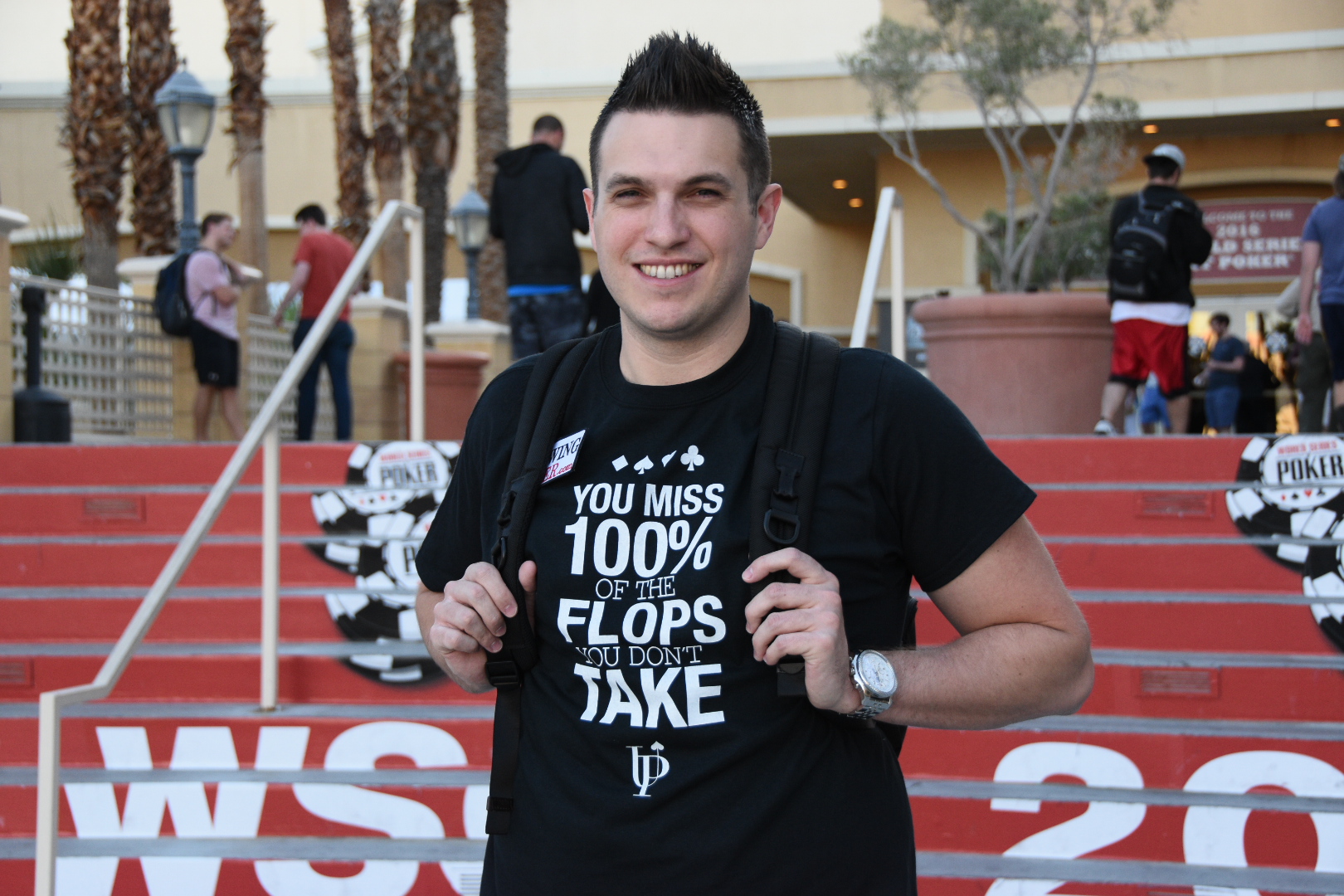 Doug Polk has challenged Tom Dwan to a $5 million heads-up match. But is the poker YouTube star being for real? (Image: pokerupdate.com)

Polk, 28, says he has $5 million burning a hole in his bankroll for the 31-year-old player who was considered a huge heads-up threat at the time Polk was still coming up in the game.

Call Polk cocky, arrogant, or even Vanessa Selbst (his social media followers joke about the similarities in their hairstyles), there’s no denying that he is unafraid of a challenge.

If Dwan, who regularly plays in the Macau nosebleed games where multimillion-dollar swings are common, accepts the offer to play for $5 million, it would set up a monumental match-up even for someone of Polk’s stature. Polk is accustomed to high stakes poker, but he’s never put up this kind of money before on a single poker event.

Dwan, the man known online as “durrrr,” was once considered one of the most formidable high-stakes opponents of all time. In 2009, he issued the “Durrrr Challenge,” offering 3-1 odds for anyone who would play him heads-up for $500,000.

While that was met with interest for a while, some matches went unfinished for years post-Black Friday, which led people like Polk, last year, to call Dwan’s invitation the “largest scam in poker history.”

Polk, the 2017 WSOP One Drop High Roller champion (for $3.6 million), issued the challenge on his popular “Polkernews” YouTube channel. He acknowledged he is an underdog, but says this is something he “must do.”

“This is serious. I am challenging Tom Dwan to play heads up for $5 million. My poker career is dying. I don’t care if people think that I’m jealous. I need to silence the haters once and for all, earn the respect I deserve, and finally start getting some views on YouTube,” he wrote in the video’s description.

The offer doesn’t seem to be a bluff. But the desperate cry for YouTube viewers could be. Polk has more than 142,000 subscribers and this video, as of Thursday morning, had exceeded 117,000 views in less than two days.

Dwan has yet to publicly respond.

The match would be poker’s equivalent to the Mayweather-McGregor fight. Two of the most polarizing figures in the game battling for millions of dollars.

In his YouTube call for action, Polk didn’t detail specifics of the proposed match, where the competition would take place, for example, or what the structure would be. But he does appear serious about making such a match happen, and is asking for others to help push for it.

“I need you guys to get out there and spread the word,” he said, urging his followers to track down Dwan. “Let’s make this a reality. I need you guys to do what you have to do to make it happen. Plead with Tom, reach out, find a way. Otherwise, this challenge isn’t going to happen.”

There is also more intrigue to this potential match because of the harsh rhetoric Polk has lobbed Durrrr’s way over the years, calling him a “scammer” for having seemingly backed out of his heads-up challenge with Dan “Jungleman” Cates prior to its conclusion.

Judging by the YouTube comments on Polk’s video, poker fans are frothing to see this match happen. But will it? The ball is in Dwan’s court.

Dwan doesn’t need to play vs Doug Polk because “Polk Is asking for It and/or his career Is dying” and what you.

They’re both rich and really don’t need to make a match “Where someone can potentially lose $5 million dollars”.

What’s wrong with him and anyone who would agree to such a thing?

But the challenge officially set, huh