The Galfond Challenge, Hellmuth vs. Esfandiari, Polk vs. Negreanu; they’re all exciting, but it was the Durrrr Challenge back in 2009 that first made high-stakes, heads-up online poker challenges popular. 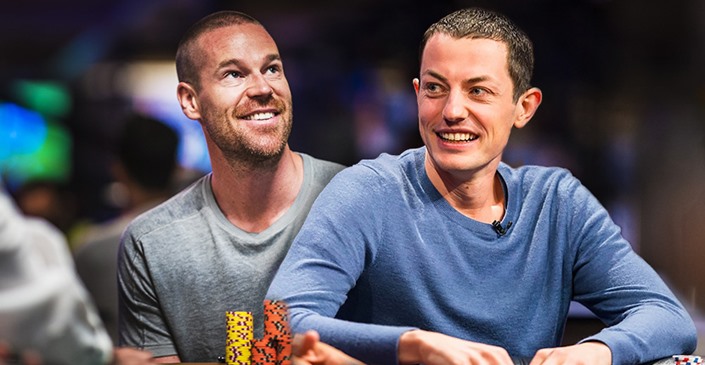 Patrik Antonius and Tom Dwan were the OG’s of heads-up challenges. (Image: highstakesdb.com)

Tom “durrrr” Dwan, a top online pro on Full Tilt Poker at the time, challenged anyone and everyone to a heads-up contest in 2009. The first to accept the challenge was Finnish poker superstar Patrik Antonius. Both players agreed to play 50,000 hands — four tables at a time — of $200/$400 Pot-Limit Omaha. At the end of the competition, if Antonius turned a profit of even one cent, Dwan agreed to pay him another $1.5 million.

Live-streaming online poker wasn’t a thing back in 2009, so fans couldn’t log into Twitch to catch the action. But many poker players followed the match live, without commentary, simply by opening up the tables on Full Tilt Poker, one of the top poker sites in the world at the time.

If not for this original Durrrr Challenge, who knows how popular high-stakes, heads-up matches would be to poker fans. Nowadays, it seems like every time two high rollers have a beef, they settle it out with a “HU4ROLLZ” match, as we’ll soon witness between Negreanu and Polk.

Dwan didn’t have a beef with Antonius back in 2009. He simply believed he was the best online poker player in the world, and offered to put his money where his mouth is. Well, kind of. In the second Durrrr Challenge against Dan “Jungleman” Cates, he refused to finish the match after falling behind by more than $1 million. But that’s a different topic for another day.

What made the first Durrrr Challenge so exciting was that it featured two popular poker pros competing for potentially millions of dollars. Add the fact that neither player was afraid of splashing around, and you ended up with numerous massive pots, such as this $477,000 hand.

Pre-flop action saw Antonius six-bet up to $21,000, an aggressive play that wasn’t all too uncommon in this epic challenge. The entire pot — $238,500 wagered per player — was in the middle on the turn, with “durrrr” drawing to a one-outer despite having a full house.

In another crazy pot, totaling $196,000, Antonius got extremely lucky on the river. Dwan, with pocket queens to go along with a queen-high flush draw and an open-ended straight draw, lost on the river to Antonius’ lower straight draw that hit.

But Dwan got the last laugh in this memorable challenge. After 40,000 hands were played, “durrrr” was up just north of $2 million when Antonius threw in the towel.

Heads-up battles are now common in online poker. You can thank Tom Dwan and Patrik Antonius, the players who competed in the original Durrrr Challenge, for setting the standard.